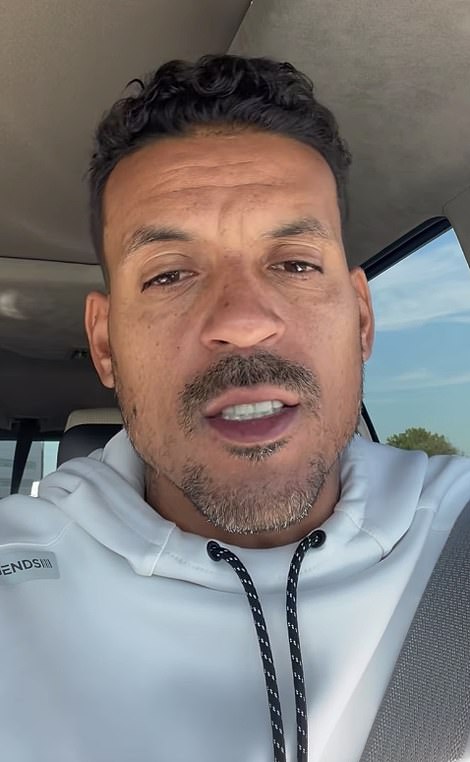 NBA star Matt Barnes, who is now retired, has apologised for past remarks in which he attacked the Boston Celtics for dismissing head coach Ime Udoka due to allegations of an affair with an unnamed female staff member.

Barnes, 42, first criticised the suspension on Thursday but changed his mind on Friday after discovering “all the facts,” adding that they are “100 times worse than any of us expected” and that the scandal’s true nature is more worse than the general public is now aware of.

He updated his remarks in an Instagram story, saying he had first thought that the media had overstated the seriousness of the accusations.

Udoka was given a late-night suspension on Thursday for the next 2022–2023 season due to “many” rules infractions involving a single female club employee.

Since then, it has been revealed by ESPN, The Athletic, and The Associated Press that Udoka was having an improper but consenting relationship with the lady.

Barnes returned to Instagram and clarified his views in a long, winding video statement.

“Last night, I discussed this issue without having all the information, and I believe that as a member of the media, often the media talks about something and when they are incorrect they won’t come out and say it. And now since I work in the media, I attempt to stand out from the crowd by reporting and speaking honestly and based on the facts. Barnes started.

“I obviously have to admit that last night, without knowing all the circumstances, I spoke on behalf of Ime Udoka, and after learning the facts, after I spoke, I removed what I wrote,” he said.

This scenario in Boston is more complicated, complex, and ugly than any of us had anticipated. So I took back what I said. Barnes speculated, “Some things occurred that I can’t support or condone.

I have no business telling you what occurred. If it ultimately comes out, it ultimately goes out. That is the reason I deleted yesterday’s post. Barnes said, “After I tweeted it, I received a call from someone who knew all the specifics and this s**t is deep.

“Man, on behalf of everyone involved, I’m praying.” I hope everyone survives this. I saw that many blogs took up what I stated, despite the fact that it was only on the page for two minutes, so I’m hoping that they will do the same for this, as I was mistaken and jumped to conclusions without having all the information. Blessed be.

On Thursday night, concerns about the relationship surfaced. According to The Athletic, the lady accused Udoka of making “unwanted statements” to her, which prompted the Celtics to initiate internal investigations that finally resulted in his suspension.

Barnes’ earlier thoughts, in which he seemed to explain the incident by pointing out how they were typical in professional sports teams, were completely reversed.

I spent a lot of time playing in the league. Anyone in the league could tell you that this is an extremely frequent occurrence. For those who have been in the league or around organisations, this is hardly brand-new information. I’ve seen it in everyone from business leaders and executives to coaches, players, trainers, therapists, dancers, and public relations women. This is typical, he said.

In a statement to TMZ, the actress said she was “blindsided” by the affair, which occurred when she moved to Boston to be with her longtime boyfriend.

Udoka, who once played for the San Antonio Spurs, and Long, 51, have been dating for more than ten years.

Despite having a ten-year-old kid together, they have never been married despite becoming engaged in 2015. She also has a second son from an earlier marriage.

Their happy family life was shattered last week when Udoka was banned by the Boston Celtics for breaking team ethics by engaging in a consensual relationship with an anonymous staff member.

It is assumed that Long learned of the adultery in this manner.

I would want some privacy as I absorb the recent occurrences.

Udoka, the second-year head coach of the Celtics with a once-impeccable reputation, was fired on Thursday for’multiple’ unidentified rules infractions that would result in a season-long suspension.

He apologised for disappointing our players, fans, the whole Celtics organisation, and his family in a message on Thursday night.

“I apologise for placing the team in this difficult circumstance, and I respect the team’s choice.

I won’t speak more out of respect for everyone concerned.

The amount of the alleged “substantial financial punishment” that Udoka endured has not been made public.

According to reports, the 45-year-old had an inappropriate connection with a female employee.

The name of the lady is unknown.

Boston said in the official statement that Udoka’s future will be decided “at a later date” and named assistant Joe Mazzulla as the interim head coach.

With her part as Will Smith’s girlfriend Lisa Wilkes in the Fresh Prince of Bel Air, Long became well-known.

She appeared in Boyz In The Hood, Soul Food, and Big Momma’s House, among other films.

Three NAACP Image Awards and a Black Reel Award have also been given to the adored actress.

Long’s admirers and well-known pals sprang to her rescue this week as word of the romance emerged on social media.

Many rebuked Udoka for his transgression, questioning how he could have deceived the actress—a celebrity with a huge following and one of the most attractive actresses of her age.

I only have love to send to Nia Long.

“We’re not going to allow a guy dull all her beauty and grandeur because he didn’t understand the richness of her presence.”

Being unfaithful to Nia Long? Producer Nina Parker said, “The end of the world must be near because ain’t NO WAY.”

Nia and their ten-year-old son, who lives with them in Brooklyn, New York City, stayed there while he was settling in.

However, sources claim that she had been looking at houses this week and was intending to move to Chicago to help her fiance.

With her appearances in movies and TV series that promoted black culture and had mostly black casts, she rose to fame as a national treasure in the 1990s.

Long is renowned for keeping herself free of trouble; on Friday, supporters observed how she only ever made press appearances in support of her playing roles or activist causes.