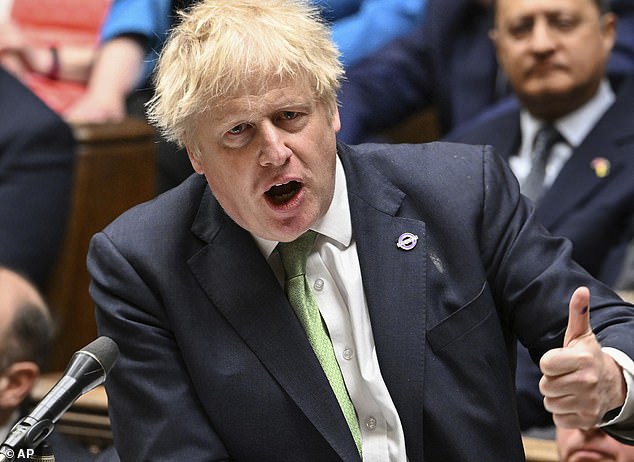 You could almost hear the piteous wails of grief ringing across the newsrooms of the BBC and Guardian. That strangely rhythmic, thudding sound? Could it have been those two mad professors Dominic Cummings and ITV’s Robert Peston banging their heads on their desks in exasperation?

And the high priests of lockdown from SAGE and beyond must have ground their teeth so ferociously that the nation’s dentists should be rubbing their hands with glee.

Our thoughts are with them all at this difficult and distressing time.

For at precisely 10.43am yesterday, the massed ranks of Boris-haters discovered that months of hysteria, hyperbole and confected rage had come to nothing.

The Partygate inquiry was over and it had ended with a whimper rather than the bang they had longed for. Their desperate ploy to unseat the Prime Minister had failed.

Even that was a travesty. Two months after he almost died from Covid, No 10 colleagues surprised him with a birthday cake between work meetings in the Cabinet room.