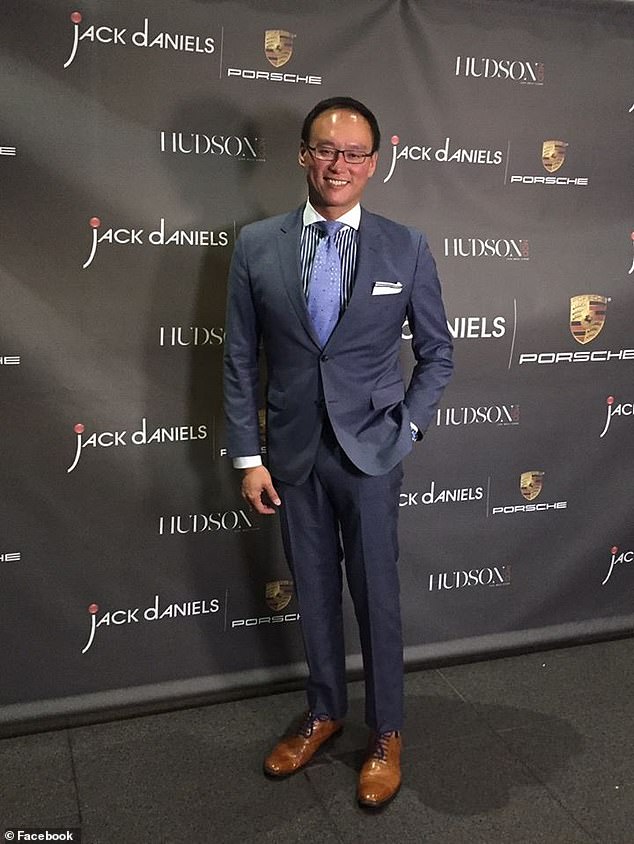 One week before he was scheduled to testify in federal court, a New York doctor implicated in a huge health care fraud operation has vanished off the shore of Fire Island.

Marvin Moy, a physical medicine and rehabilitation doctor from Hempstead, New York, was discovered missing in the early hours of October 13, just hours after he set off on his boat, the Sure Shot, for a late-night fishing expedition.

The Shore Guard got a report of a’suspected collision’ between Moy’s boat and a large commercial vessel, and rescuers reported finding an oil slick and debris 25 miles off the coast of Fire Island.

A second unidentified passenger traveling with Moy was retrieved, according to the Coast Guard, but the doctor himself could not be located.

A Coast Guard official stated, “We conducted boat and helicopter searches for over 30 hours covering 4,830 nautical miles, but found only the Emergency Position Indicating Radio Beacon that [Moy] was purportedly clutching when he was last seen.”

Moy was one of numerous doctors detained in January on suspicion of participating in two massive fraud schemes orchestrated by Alexander ‘Little Alex’ Gulkarov and Bradley Pierre of New York.

The criminal enterprises connected auto accident victims with doctors like Moy, who performed unnecessary medical treatments, allowing the gangs to overcharge insurance companies and collect $100 million in profits over a thirteen-year period.

The physician was scheduled to appear in court on October 19, less than one week after he vanished without a trace on the ocean.

According to the New York Post, Moy’s counsel informed the judge at the hearing that a Coast Guard legal adviser stated the doctor cannot be pronounced deceased until the inquiry into his disappearance is complete.

The representative suggested that he would keep us informed of any new developments and that a final report would be issued and handed to us, the attorney added.

For his role in Pierre’s scam, Moy was charged with healthcare fraud conspiracy and money laundering conspiracy and faced a maximum potential jail sentence of 30 years.

In January, US Attorney Damian Williams referred to the scheme as “one of the greatest insurance frauds in history” and detailed the techniques employed by the conspirators to amass wealth.

‘It is alleged that the charged defendants committed one of the greatest no-fault insurance scams in history. In order to carry out their elaborate operation, they allegedly bribed 911 operators, hospital staff, and others with personal information about motor vehicle accident victims.

Williams stated, “Using this information, they then harmed victims by exposing them to needless and frequently unpleasant medical treatments in order to overcharge insurance companies.”

Friends of Moy told the New York Post that his absence has left them with “unanswered questions” and that the circumstances surrounding the occurrence are “worrisome.”

‘We’ve got unresolved questions. We do not know what occurred,’ claimed a close friend of Moy who requested anonymity.

Moy was an avid sailor and angler, but it was out of character for him to be on the water so late in the week, according to one acquaintance. Another friend said that Moy’s fellow passenger, who was recovered by the Coast Guard, was a member of a “small clique” from the Long Island boating community.

Obviously, I would prefer for my friend to be located. There is still a possibility that he has been shipwrecked on a little rock,’ the friend stated.

He holds a medical degree from the University at Buffalo School of Medicine and is authorized to practice medicine in New York and New Jersey.