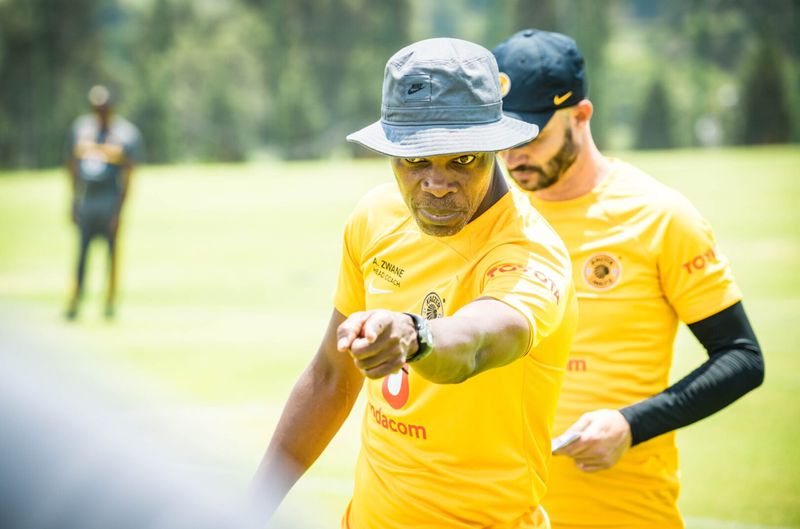 If the Glamour Bots can return to the CAF Champions League, Kaizer Chiefs coach Arthur Zwane will be pleased.

Zwane appears to have given up on the league title after his team’s 1-0 loss to Mamelodi Sundowns.

Arthur Zwane’s Amakhosi have lost three consecutive Premier Soccer League (PSL) matches, marking the first time in history that the Glamour Boys have lost their opening three PSL games of a calendar year. They are currently sixth in the table, 22 points behind Sundowns, and despite having a game in hand over the Brazilians, Zwane is resigned to the fact that his team will not win the league.

The Glamour Boys will now aim for second place, which would qualify them for the famous CAF Champions League, a competition they last participated in two years ago when they reached the final before losing to Al Ahly.

The Chiefs did not qualify for continental play this season due to their fifth-place performance in 2021-22. However, SuperSport United, Richards Bay, and Orlando Pirates will all be vying for second place, so it’s far from a foregone conclusion, especially considering Chiefs’ awful form in 2023. Even Sekhukhune United are in contention!

“We want to play in the Champions League next season,” Zwane was reported as saying by IOL. “I experienced it in 2021 as an assistant coach for the club.

“I wish to return there. This will assist our athletes mature and understand what it’s like to compete at that level, while some of them are required to serve their nation.

Consequently, it is crucial for us to compete at this level. Consequently, we will strive for a second-place finish if we cannot obtain anything. And I believe that to be plausible.”

Several supporters have asked for Zwane’s dismissal due to the club’s current eight-year trophy drought. Their loss in the 2021 CAF Cjampions League final feels like a distant memory as well. Amakhosi’s next league match is scheduled for January 29 against Royal AM.

It’s a must-win, but we say that about Kaizer Chiefs all the time.