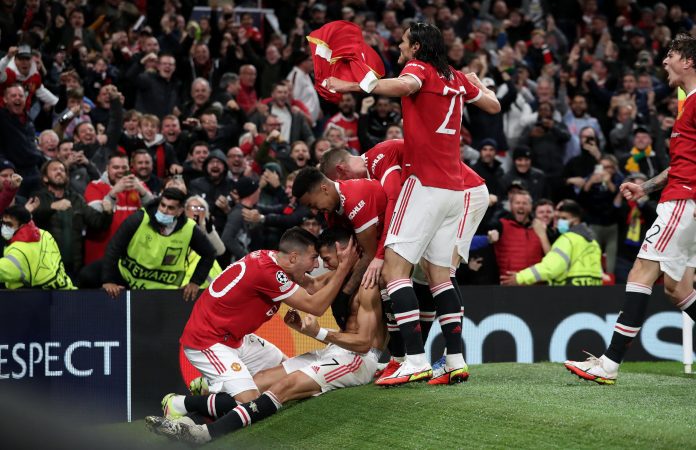 Wednesday night at Selhurst Park, Manchester United were denied a 10th successive victory in all competitions when they were held to a 1-1 draw by Crystal Palace.

The draw is a setback for United, who were hoping to close the gap on league leaders Arsenal. United will meet Arsenal on Sunday in one of the season’s most important matches.

On the verge of first-half stoppage time, Bruno Fernandes scored to give his team a well-earned halftime lead, and for the majority of the second half, it appeared it would be enough to catapult United to yet another triumph.

A magnificent Michael Olise free-kick scored in the upper right corner of the goal in stoppage time, bringing the Reds’ night to a disappointing conclusion.

Casemiro came agonizingly close to completing Fernandes’ corner kick, while Garnacho’s stinging volley from the edge of the penalty area was superbly saved by Guaita.

United were thankful for a critical Wan-Bissaka challenge to deny Wilfried Zaha a one-on-one opportunity, as Ten Hag’s side were forced to settle for a draw.

There were then a few dreaded moments in the closing ten minutes for the Reds. First, Casemiro was cautioned for a late challenge on Zaha, and his fifth yellow card of the season disqualified him from Sunday’s trip to Arsenal.

Olise floated a free-kick from 30 yards out into the upper right-hand corner past the underside of the crossbar in the first minute of stoppage time, and not even an inspired De Gea could prevent it.

Ten Hag told the BBC after the match, “We need to invest more to score the second goal and avoid situations in which a fortunate moment costs us two points.”

“We were up 1-0. In the second half, we had ample room to kill them and advance to the second half. We defeated Arsenal without Casemiro the last time. We must do it once more.”

»Man United bemoans losing to Palace by one point«