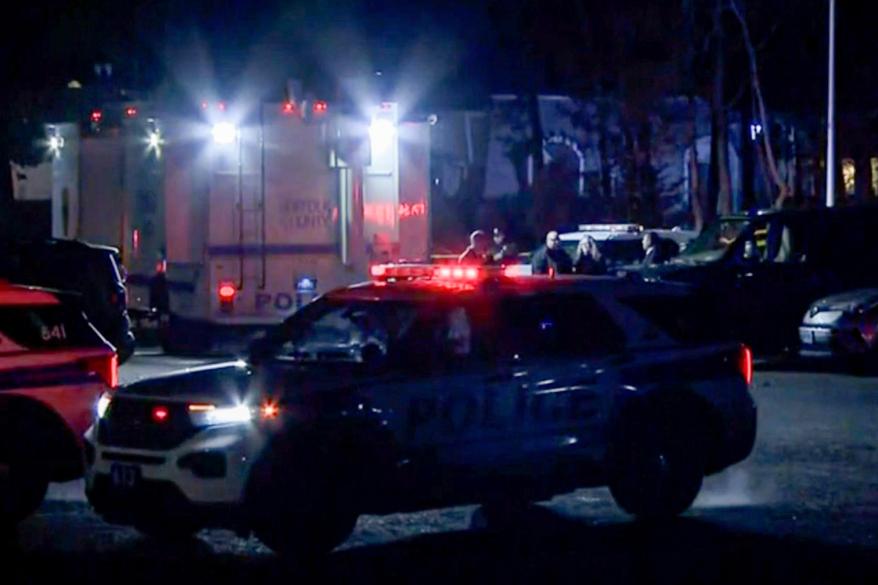 Authorities said Thursday that a man from Long Island who was fatally shot by police after stabbing two policemen had threatened his roommate with a fire extinguisher and then turned a “Rambo-style” knife on the responding officers, gravely injuring them.

Around 5 p.m. on Wednesday, the bloody altercation broke out inside an apartment in the sizable Blue Ridge condominium complex on Birchwood Street in Medford.

Police from Suffolk County responded to a 911 call about a 56-year-old man who was behaving violently and threatening his roommate with a fire extinguisher.

A caseworker calling to check on the two males made the call.

According to Newsday, the unstable guy pulled out a “Rambo-style” butcher knife as two Sixth Precinct police approached and attacked both of them.

The knife-wielding man was hit by at least one police officer and maybe both of them as they fired on him. At the scene, he was identified as deceased.

According to Suffolk County Police Commissioner Rodney Harrison, one of the injured officers was evacuated by police helicopter to Stoney Brook University Hospital, where he was listed in serious condition after suffering a knife wound to the collarbone.

A second officer suffered multiple chest wounds and was taken by ambulance to the same hospital in good health.

A third cop was treated at the hospital for minor wounds, and on Wednesday night, he was sent home.

Harrison claimed that the suspect, who was still unknown to the public as of Thursday afternoon, had a criminal record and might have had mental health problems.

Residents of the condo building where the fatal incident occurred have been grumbling about a recent rash of tire slashings and smashed windows.

Maria Daume, a resident of the complex with her little child, told Newsday that she was not shocked to learn about the violent occurrence.