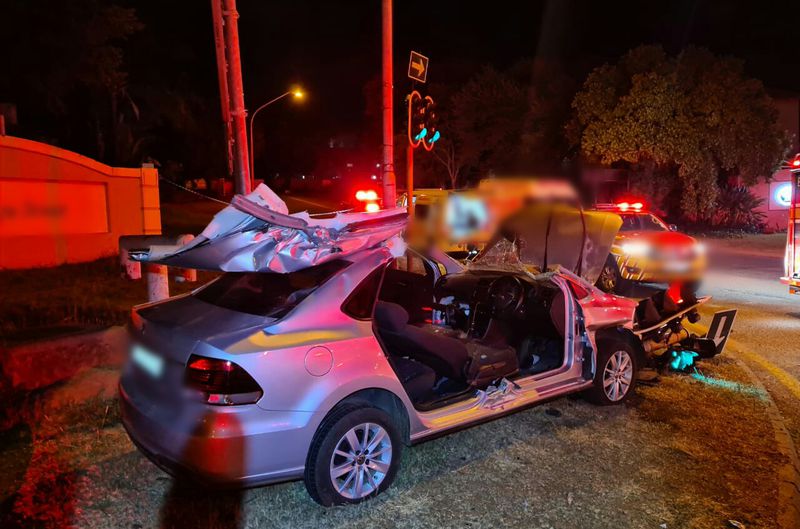 On Monday, 16 January 2023, a man from Pretoria was evacuated to a medical facility after his vehicle collided with the rear end of a stationary object.

According to Emer-G-Med, the incident occurred prior to 21:00 near the intersection of R21 and Makou Street in Monument Park, Pretoria East.

Emer-G-Med paramedics arrived at the accident scene and discovered that the man had collided with the back of a truck.

Additionally, a father accused of strangling his son will appear in court.

“A light motor vehicle crashed with the rear of a parked truck and then veered into a signal light.

A patient in his forties was discovered entangled in the vehicle.

He was simultaneously removed from the vehicle by members of the Tshwane Fire Department and the Gauteng Provincial Government Rescue Unit.

After being extricated from the vehicle collision, the individual was placed on a manual ventilator and transferred to an aeromedical helicopter.

In a separate instance, Durban’s Wilshire Road witnessed a collision between a car and a fully loaded cab, which resulted in complete chaos when emergency personnel arrived.

The South African reports that 18 people sustained injuries ranging from mild to severe in a big accident on Wiltshire Road on Saturday, January 14.

They were stabilized at the scene before being transferred to multiple hospitals in Durban for additional care.

»Man is flown following a car accident in Pretoria«