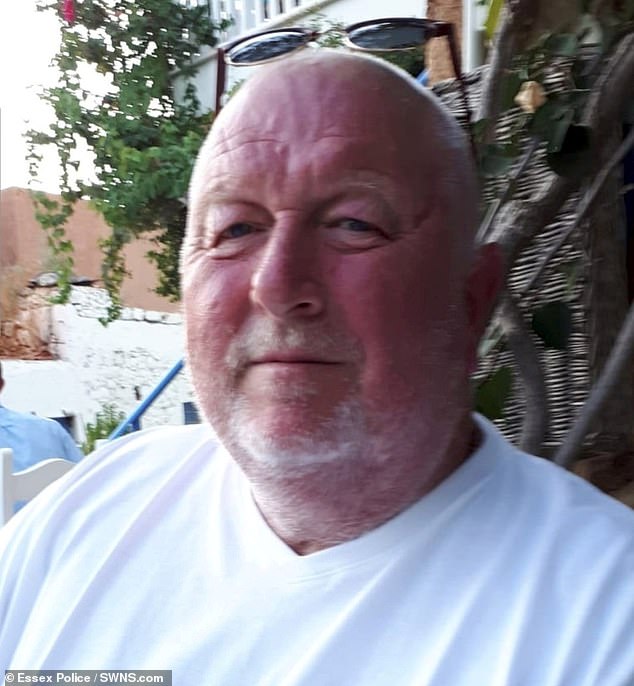 A man’s sobbing brother has told how he ran over and killed him by mistake.

David Potter, 57, showed his brother Mark Potter a truck for sale at Harris Commercial Repairs Ltd in Basildon, Essex, which Mark was interested in purchasing.

Mark, 58, told yesterday’s inquest at the Essex Coroner’s Court that he waited 10 minutes in the vehicle after agreeing to conduct a test drive.

Mark, unaware that David was in front of the lorry on October 4, 2019, decided to start the engine and drive away after waiting.

David Potter (pictured) was killed when his brother started a truck’s engine without realizing he was standing in its path.

At the scene, David was pronounced deceased. According to the findings of the inquiry, he was a “much-loved” father and stepfather.

Mark described to the coroner how he lurched forward with the heavy goods vehicle (HGV) before hearing David yell.

Mark from Higham, Kent, said in a sad statement, “I saw him in the vehicle’s rearview mirror.”

‘I then lost sight of him, as neither of my mirrors reflected him. I did not know how long I sat there before I thought, “just go on your own”

At that time, I accelerated the automobile.

As soon as he realized what he had done, he summoned an ambulance. At approximately 1:00 p.m., three ground ambulances and one air ambulance arrived at the location.

Mark stated that he was “excited” to see David when he arrived at the site because it had been a while since their last meeting.

They greeted one another with a “hug and kiss” before David began showing Mark the in question vehicle.

Mark informed the jurors that he performed a thorough inspection of each mirror and windshield before driving away.

The Essex Coroner’s Court inquest heard that Mark waited 10 minutes before starting the engine after a thorough inspection of each mirror.

Mark stated that when he last saw David, he appeared to be attaching commercial license plates to the rear of the vehicle.

He stated that he had moved the automatic car at a speed of less than a half-mile per hour when he heard shouts and shut off the engine.

He continued, “I couldn’t see him, and I had no idea what it was.

“The last place I saw him was in the back; when I went to the back, he was nowhere to be found.”

I moved all the way around to the front, where I observed his spectacles and phone.

He was at the forefront.

A colleague of David ran out of one of the buildings after hearing a female voice yell, “Call an ambulance!”

Graham Walsh, another coworker, discovered David beneath the truck.

He utilized a forklift to assist in lifting the truck off of David so that paramedics could treat him.

Mark’s partner Kelly Spratt, who had accompanied him to the visit, was waiting in their car before she saw him sprint past reception.

She heard him say, “My brother is under the truck” before to dialing 999.

Mark was arrested by the Essex Police Department, however he was later released without charges.

To identify David’s cause of death, the inquest will finish today.

The family already published a heartfelt eulogy for David.

In a statement, they said, “David was adored by everyone he encountered.” He had a large, loving heart and always made you smile.

He was the type of individual who would always put others before himself.

The kindest and most affectionate person you will ever meet, who lived life to the fullest with those that meant the most to him.

The best father, husband, brother, stepfather, and grandfather who cherished his family beyond all else.