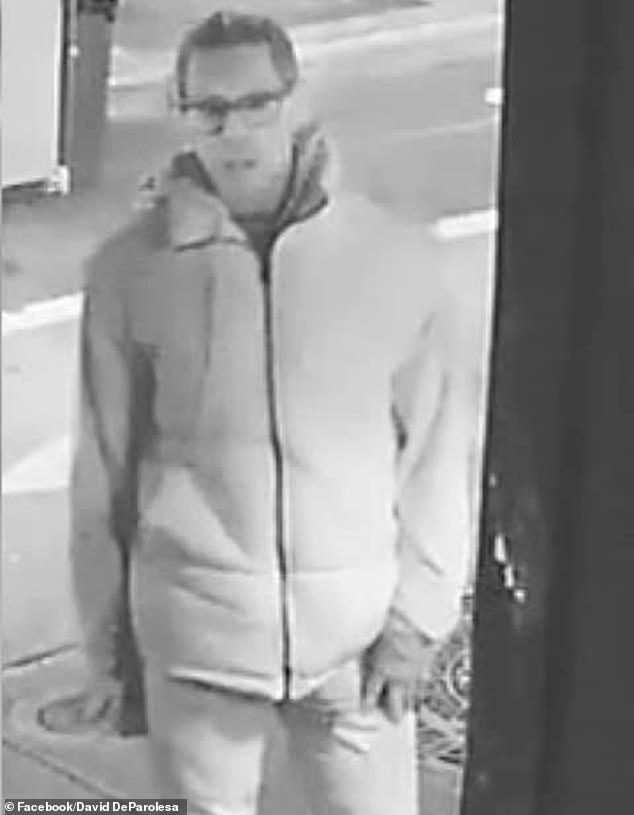 Surveillance footage captured the moment a man threw a brick through the window of a gay bar in Manhattan.

It is unknown who the man was, but according to restaurant owner David DeProlesa, the glass are shatterproof and this is the fourth attempt this week.

When opening the pub in July, DeProlesa considered the possibility of hate crimes and chose to add shatter-resistant windows.

He stated, “It does not shatter, but it does crack.”

The perpetrator of the VERS bar attack has not been apprehended, however he can be seen on film fleeing the scene and then returning seconds later.

On the same night as the hate crime, five people were killed and 25 were injured in a Colorado Springs LGBT bar.

Sunday, in response to the horrific shooting in Colorado Springs and a plot to assault synagogues in the city, the NYPD vowed to increase monitoring.

According to The Post, Governor Kathy Hochul said, “I have asked the New York State Police to strengthen monitoring and support for communities that are possible targets of hate crimes.”

We will not tolerate violence or discrimination against any community in New York. Today and every day, we will stand united against hate.

The LGBTQ community in Colorado Springs is distraught after the gunman entered the ‘home-like’ establishment and fired an undetermined number of rounds from his AR-15-style long rifle.

Two brave diners were able to subdue the gunman after he killed five and injured thirty-five more.

“Their actions undoubtedly saved lives,” said Police Chief Adrian Vasquez at a Sunday morning press conference, adding the discovery of another unidentifiable firearm at the scene.

Anderson Lee Aldrich, 22 years old, was apprehended at the scene and is currently in protective custody at a nearby hospital for undetermined injuries.

Initial reports indicate that the shooter was wearing bulletproof armor.

Aldrich, from Colorado Springs, was arrested in June 2021 for allegedly threatening his mother with a homemade bomb, but no formal charges were ever filed.

In October 2022, the NYPD recorded a modest increase in hate crimes throughout the city compared to the previous year, but 551 incidents had been registered to date.

Last month, 46 hate crimes were reported, three more than in the same month of the previous year.

The Jewish community was targeted the most, with 20 incidents reported last month.

Anti-Semitic hatred is at the top of the NYPD’s list of concerns, especially in light of last week’s plot to bomb synagogues in the city.

Saturday at Penn Station, he was apprehended alongside his accomplice, 22-year-old Matthew Mahrer.