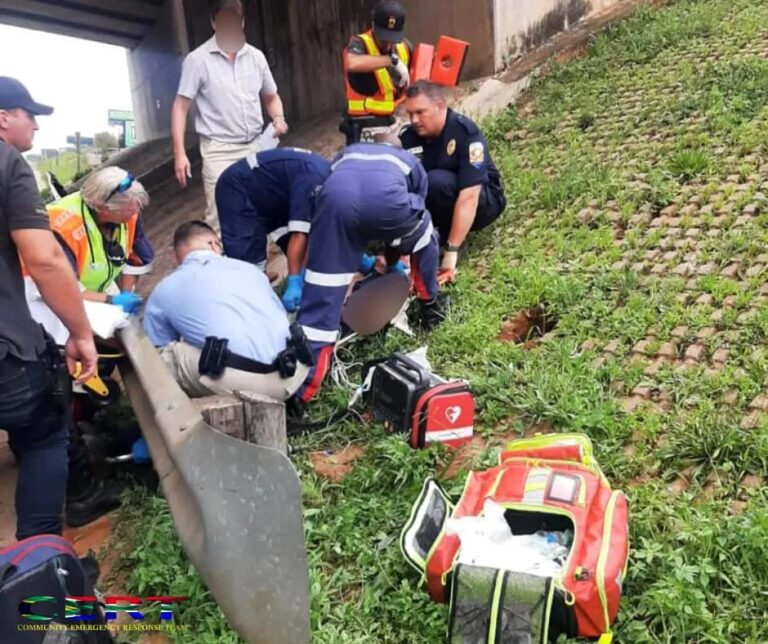 A middle-aged man who reportedly tried to hang himself from a Centurion bridge on the N1 South in Gauteng and subsequently fell into the metal road barrier below has been rescued by emergency services.

According to the Community Emergency Response Team (CERT-SA), its Centurion crew responded to an incident on the N1 South near the Jean Road Bridge in Centurion at around 08:38 on Monday morning.

A man of middle age apparently tried to hang himself from the bridge before falling to the metal road barrier below.

Netcare911 transferred the severely injured man to a local hospital in a critical condition.

The precise circumstances surrounding the tragedy are still unclear, and authorities have initiated an investigation.