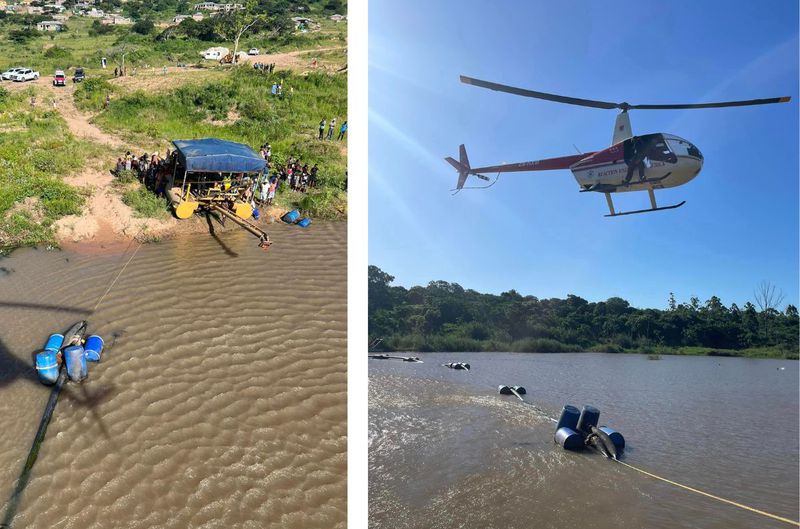 On Thursday, 12 January, a man was assaulted by members of the public in Hazelmere, KwaZulu-Natal, after he was blamed for the drowning death of a 7-year-old boy.

A seven-year-old drowns while swimming in a KwaZulu-Natal river.

At approximately 15:46, residents requested assistance from Reaction Unit South Africa (RUSA) after a kid was suspected of drowning.

All available RUSA Medics and Reaction Officers have been dispatched to the Hazelmere Dam River.

The RUSA Helicopter immediately took off and conducted an exhaustive search without success.

The child’s family were infuriated when it was asserted that he disappeared while playing in the water.

A man allegedly placed the child on his back and dove into the river when he lost his grasp and perished.

A child drowns in the Msunduzi River as heavy rains continue to fall in KZN.

15 to 20 additional swimmers attempted to locate the youngster, but were unsuccessful.

The family of the missing child and community people began attacking the man with fists and sticks.

Officers of the law intervened and removed the man from the area.

The child’s body was eventually located.

»Man ASSAULTED after being accused of drowning a child«