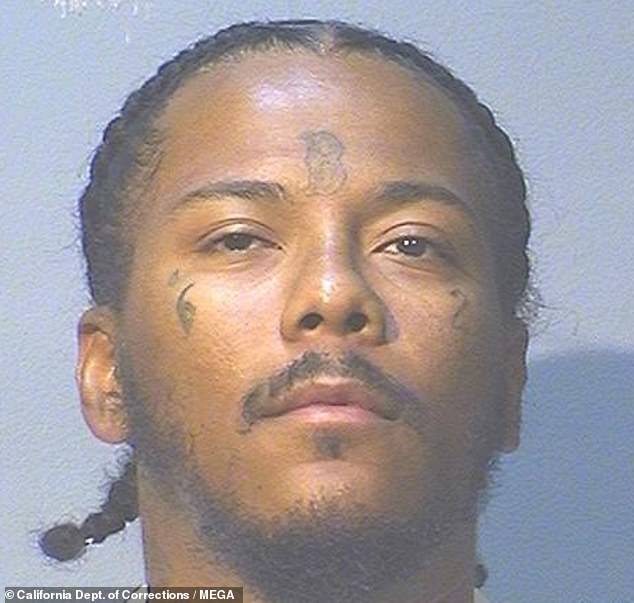 The man who shot and murdered the wife of legendary music producer Clarence Avant last year in a daring Beverly Hills home invasion gone awry has been sentenced to a minimum of 150 years in prison, after it was found he boasted about the crime to pals over the phone following his arrest.

Aariel Maynor, who admitted last month to murdering shooting 81-year-old philanthropist Jacqueline Avant during a botched raid on the couple’s $7 million estate in December, was sentenced Friday afternoon in Los Angeles County court, more than four months after the incident.

The crook, who was paroled from state prison three months before shooting Avant, told the woman he expected to get $50,000 from the burglary, the document shows.

However, he then encountered Jacqueline who cops say was awake in the Bel-Air home and startled the burglar, spurring him to shoot and leave emptyhanded.

Maynor then explained how after the burglary on the Avant house failed, he went to another home in the Hollywood Hills and attempted another robbery.

The effort, however, was again foiled, when cops investigating Avant’s murder tracked her killer down to the backyard of the Hollywood home, after he mistakenly shot himself in the foot with the same rifle he allegedly used to kill Avant.

The filing also details another jailhouse call placed before Christmas, where Maynor celebrated to another friend, a man, that district attorneys had not sought the death penalty or a life sentence for the crime, by filing the crime as a so-called ‘special circumstances’ murder.

‘I’m going get out of jail,’ Maynor reportedly boasted during the exchange. ‘I’ll probably do like 20- 25 years, [and] get out; you feel me?’

The filing comes as prosecutors handling the case seek to hand Maynor a 150 years-to-life sentence for the killing, plus a consecutive 43-year term for other crimes relating to the break-in, which took place early on the morning of December 1.

Police arrived at the home in gated community Trousdale Estates around 2.30am after  they ‘received a phone call regarding a shooting that had occurred’ at the residence, cops said in a statement following the incident.

Officers arriving at the scene discovered Jacqueline still alive suffering from a single gunshot wound to the back.

She was transported to a local hospital, but died later that morning.

‘Police units arrived and discovered a victim with a gunshot wound,’ the statement said. ‘The suspect(s) were no longer on the scene.’

An hour later, Los Angeles Police Department officers were called to a home in the Hollywood Hills – about seven miles  from the Avant residence – for a reported shooting.

They found Maynor there, as well as evidence of a burglary at that home, and took him into custody.

Maynor accidentally shot himself in the foot while breaking into the Hollywood Hills home. An LAPD watch commander ‘put two and two together’ and reached out to Beverly Hills investigators.

Clarence, a music icon renowned as ‘Black Godfather,’ was in the home at the time, but was not injured.

Following Jacqueline’s death, tributes from friends of the high-profile including from Bill Clinton and Magic Johnson flooded in, with filmmaker Tyler Perry then vowing to devote ‘every available resource’ to track down those responsible.

In a statement to DailyMail.com, the victim’s family said: ‘The entire Avant and Sarandos families wish to thank everyone for their outpouring of love, support and heartfelt condolences for Jacqueline Avant.’

‘Jacqueline was an amazing woman, wife, mother and philanthropist and a 55 year resident of Beverly Hills who has made an immeasurable positive impact on the arts community. She will be missed by her family, friends and all of the people she has helped throughout her amazing life,’ said the grieving family.

In a published statement at the time, Los Angeles Sentinel owner and family friend Danny Bakewell Sr said that Clarence Avant was ‘currently grieving but resting with his family.’

Photos of the crime scene showed a broken sliding glass door on the rear of the couple’s home, with shards of glass strewn about the outdoor pool deck.