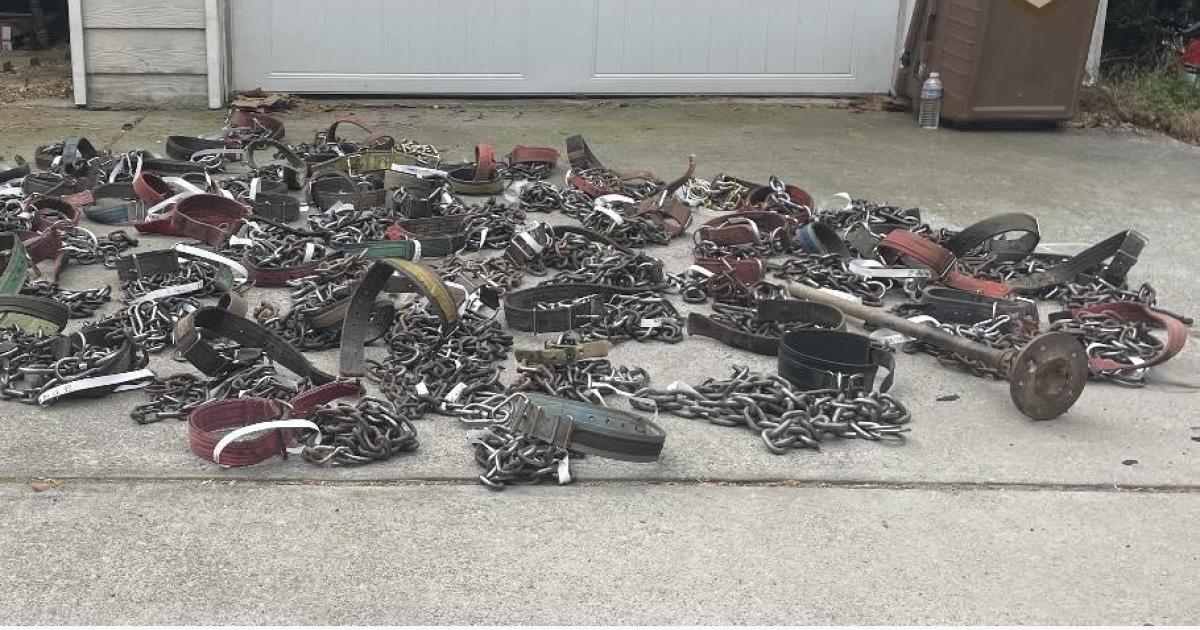 A man was arrested at his residence in northwest Georgia for reportedly raising and training more than 100 pit bulls for dog fighting, according to officials. According to the Paulding County Sheriff’s Office, 55-year-old Vincent Lemark Burrell faces charges of animal cruelty and dog fighting.

Dog fighting, in which canines are bred and trained to engage in physical combat for the amusement of human spectators, is a federal and state crime in the United States. Attending and observing a dogfight is banned as well. In the majority of states, including Georgia, it is illegal to possess a dog for the purpose of dogfighting.

The sheriff’s office reports that police arrested Burrell on November 8 after an investigation showed he was involved in “a big dog fighting business.” Deputies found 106 canines — primarily pit bulls, according to the sheriff’s office — tied to “different things” in the backyard using heavy logging chains and collars when they arrived at his Dallas, Georgia, house.

The sheriff’s office stated in a press release: “Dogs were chained to trees and metal stakes in the ground, and they were not adequately hydrated or fed.” “Many of these canines were exposed to the elements for days with little to no protection. In addition, these dogs were not regularly examined or vaccinated by a veterinarian.”

After his arrest, chains allegedly used to shackle more than 100 dogs for dogfighting at a man’s residence in Georgia are displayed. Facebook / Paulding County Sheriff’s Office

According to the sheriff’s office, deputies also discovered dogs in the basement of Burrell’s home, where “the presence (along with odor) of urine and feces was so strong, authorities had to wear protective equipment just to enter the home safely.” Each of the 106 dogs discovered on the property was placed in a rescue facility.

Burrell is currently being held without bond in the Paulding County Jail, according to the sheriff’s office, which intends to charge him with more than one hundred additional crimes as the investigation proceeds.

Gary Gulledge, sheriff of Paulding County, stated in a statement, “I am proud of the teamwork that was displayed in this case, and I am grateful that these pets are now safe.” The dark and sinister culture of dog fighting has no place in our world.

Detectives are requesting that anyone with information regarding the case submit a tip via the Paulding Sheriff mobile app or by calling 770-443-3030.