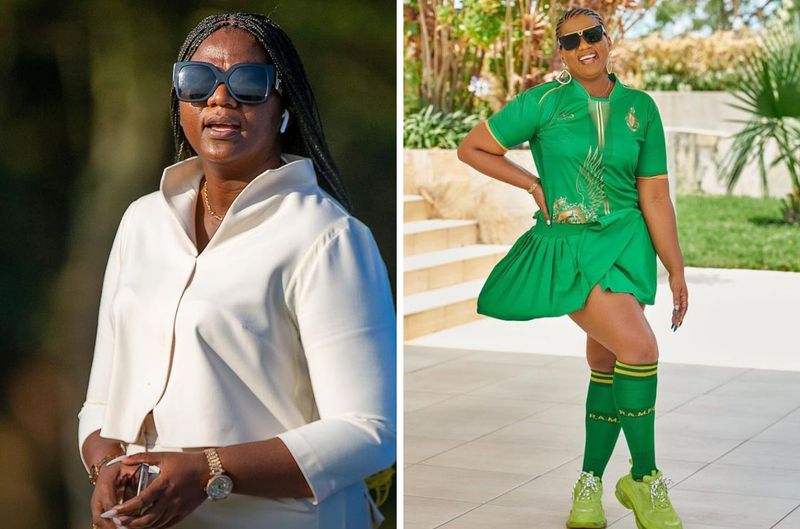 Shauwn Mkhize, often known as “MaMkhize,” and her Royal AM PSL league may have an army of devoted fans… However, it is also evident that they have their share of detractors.

On the 15th of January, when Royal AM played Maritzburg United at Harry Gwala Stadium, the soccer manager was jeered by the crowd.

In the DSTV Premiership, MaMkhize’s squad was defeated by their KwaZulu-Natal opponents by a score of 1-3.

In an Instagram post, MaMkhize expressed her regret for losing the game. She stated, “Yesterday was a difficult day on the field, and I am human just like everyone else. I’m not immune to loss. I do not always receive what I desire, contrary to what people may believe. I am aware of how frustrating and agonizing it may be to desire something so desperately but fail to obtain it.

MaMkhize then disclosed that she had been the target of insulting shouts at the Harry Gwala Stadium.

The businesswoman, despite her pain, pledged to “return stronger.”

She said, “The chants at the stadium are not about the team’s loss, but rather about beating ‘MaMkhize’.” It is intended to break my spirit, but I will not allow it to occur.

“As a fighter, I only know how to FIGHT. Even if I fall a hundred times, I will ALWAYS GET UP. You must learn to push on and battle for what you desire. Regardless of how many times you fall or how many songs are written about your fate. I

“In such circumstances, I am reminded of who I am. I am a braver, more resilient, and stronger than ever before daughter of my mother.

“For now, it’s back to the drawing board,” she said.

According to the schedule, Royal AM will face Chippa United on January 21 at the Chatsworth stadium.

They will also face Kaizer Chiefs at the Peter Mokaba stadium on January 29.

»MaMkhize responds to Royal AM match booing by stating, ‘It affected me hard.’«