Following the death of a crawling 10-month-old infant who got caught in the hanging straps of a popular children’s swing and rocker, more than two million of these items are being recalled.

Due to the possibility of crawling babies being tangled in the straps that hang down below the seats while not in use, the goods are being recalled.

According to a statement from the US Consumer Product Safety Commission and Thorley Industries, another infant suffered neck injuries before being saved by a carer.

The 2 million MamaRoo swings and 220,000 RockaRoo rockers sold by Thorley’s 4moms label at BuyBuy Baby, Target, and online at 4moms.com and Amazon are included in the recall.

The CPSC said that 10,000 RockaRoo rockers and an additional 60,000 MamaRoo swings were marketed in Canada. 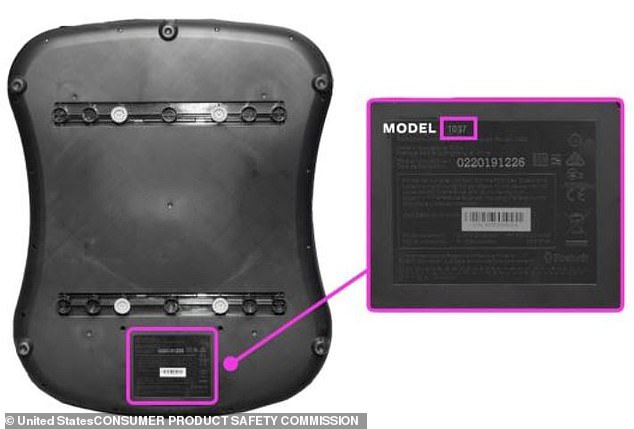 Although no instances have been recorded involving the RockaRoo, product line 4moms received the two complaints of newborn entrapment, one of which resulted in death, which led to the recall.

The recalled RockaRoo rocker has a model number of 4M-012. On the product’s bases, you may find the model numbers.

Consumers with newborns who can crawl are advised to cease using the recalled swings and rockers immediately and store them somewhere that crawling infants cannot reach, according to the CPSC.

In order to sign up for a free strap fastener that will stop the straps from stretching beneath the swing while not in use, consumers should call 4moms right away.

Gary Waters, CEO of 4moms, issued a statement via email saying, “We are profoundly disturbed by the two occurrences that happened when infants slid beneath the seat of empty MamaRoo swings.”

He said, “We feel the complimentary strap fastener kit we have created is an easy-to-install remedy that will stop any other occurrences from occurring.”

All known buyers will be contacted personally, according to a statement from 4moms.

A few months ago, the Biden administration issued a warning to parents not to use newborn rockers to put their children to sleep, alleging at least 14 fatalities connected to such items between 2009 and 2021.

A measure that prohibited the production and distribution of crib bumpers and inclined sleepers, which have been linked to more than 200 newborn fatalities, was signed into law by President Biden in May.

From 8 a.m. to 5 p.m. ET, Monday through Friday, contact 4moms toll-free at 877-870-7390, send an email to safetyandrecall@4moms.com, or visit the company’s website at https://www.4momsrecall.expertinquiry.com/ or https://www.4moms.com and choose SAFETY & RECALL at the top of the page for more