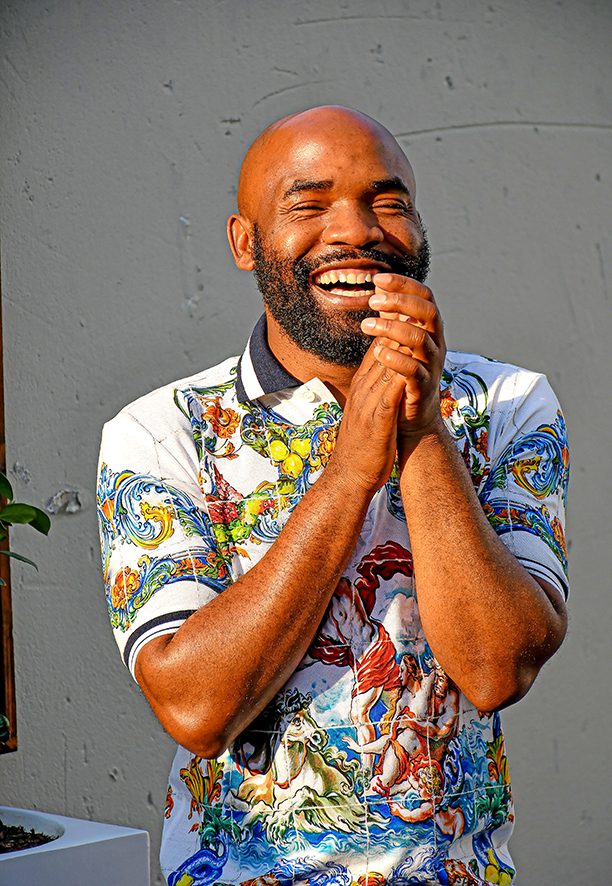 Award-winning producer Phathutshedzo Makwarela, the mind behind the production house’s key works, has done a remarkable job with his writing, as evidenced by his top-tier shows.

Together with Gwydion Beynon, he was the chief writer of the first Rockville series in 2013. They have created a number of telenovelas and soap operas to date, including The River, Legacy, The Republic, Igazi, Giyani: Land of Blood, The Queen, and Gomora.

However, according to Makwarela, the purpose of his most recent and much awaited work, Gqeberha: The Empire, was not only to illustrate the transformation of the Eastern Cape metropolis from Port Elizabeth to Gqeberha, but also to emphasize the lifestyle of the province’s residents.

The content creator and scriptwriter claims that Gqeberha: the Empire was the most difficult project he has ever undertaken. He discloses that the concept and plot were conceived after MultiChoice presented the possibility for the next telenovela to replace The Queen.

Despite the initial rejection of their proposal, they returned with a brilliant plan to “bring back the glory days of television.”

“We gave a great deal of attention to how we would recast an isiXhosa show, which was something we liked much. “There has been a great deal of television production in the Eastern Cape, but for some reason, it has all disappeared,” he explains.

The 38-year-old from Mamvuka Village near Makhado in Limpopo recalls how much he enjoyed working on television as a child, which is precisely why he became interested in the television profession.

His interest and obsession with storytelling stretches back to his high school years, when he was “obsessed with watching television and delighted in telling tales.” His path began during his internship on Soul City.

Makwarela told Sunday World that his vivid imagination from the days of old-fashioned oral storytelling prompted him to consider ways to entertain his audience through stage performances, which led to scriptwriting. His parents did not initially comprehend his enthusiasm, nor did they believe he could study and become a professional in that field. Instead of pursuing a career as a motor mechanic, he was permitted to study television and filmmaking at the Tshwane University of Technology after convincing his uncle to persuade his parents.

Growing up, I recall watching numerous isiXhosa television programs. After realizing that work was restricted in Gauteng and KwaZulu-Natal due to the saturated nature of the market and that we could not operate in Cape Town due to its high cost, our next stop was the Eastern Cape.

“This is the industry-required transformation. People enjoy change, as they become bored with repetition. I recall that we performed Igazi, which centered on the royal family; shortly, everyone imitated us, and everything on television was about witchcraft.

“I am usually worried when our performances are about to begin. I am constantly nervous about the end product, hoping that nothing goes wrong even though I cannot control what people want to watch.

This is merely the beginning for Makwarela in terms of exhibiting his talent; he spends restless nights considering his next major work.