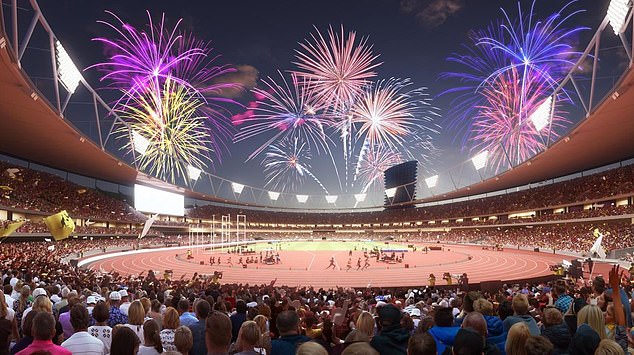 A major sports facility refurbishment for the Olympic Games is in doubt due to cost overruns.

Three important Olympic Games events are slated to take place in Brisbane’s Gabba stadium in 2032, however the stadium’s reconstruction raises concerns due to possible cost overruns.

The construction of 8,000 more seats for sports competitions and the opening and closing ceremonies was planned, but as a “project validation” is carried out, it may be scrapped.

According to government officials, the $1 billion estimated cost of renovating the city’s renowned monument might rise to $2.5 billion.

The stadium would need to be expanded by 10 metres on each side of the congested area it now occupies, 4 kilometres south of Brisbane’s central business district.

Stanley and Vulture streets, two important thoroughfares in the Woolloongabba neighbourhood, would be affected.

It could also be necessary to elevate the facility so that it is level with the Cross River Rail station concourse that is now under construction.

Due to the price, the Brisbane Lions AFL team would have to transfer its headquarters from the excellent location to Springfield, which is 27 kilometres away.

Another source described the plans as “a thinking bubble that they are now attempting to clean up.”

Moving it would be detrimental to their business strategy, the insider said.

According to reports, the Queensland government is investigating other locations for the events, such as a 50,000-seat stadium at Albion Park racetrack or Doomben racecourse.

Another option is to use the Gold Coast’s Meriton Stadium, which in 2018 held both ceremonies and the sports competitions for the Commonwealth Games.

Annastacia Palaszczuk, the premier of Queensland, and Adrian Schrinner, the mayor of Brisbane, are opposed to it because they want the activities to take place in the River City.

Another option being considered is to have the opening and closing ceremonies along the Brisbane River while the athletics are staged elsewhere.

In July 2021, Brisbane was chosen to host the Olympics and Paralympics.

There are worries that due to inescapable delays, the preparation for the Games will continue to go behind schedule.

These include predictions of weather-related La Nina episodes, violent unions, and the rising prices of all types of buildings.

Initially projected to cost taxpayers over $5 billion, hosting the Games is expected to exceed that amount when infrastructure has to be developed quickly due to delays.

Richard Colbeck, the Federal Minister for Sport, said in October that the Games will end up costing more than the original $5 billion projection.