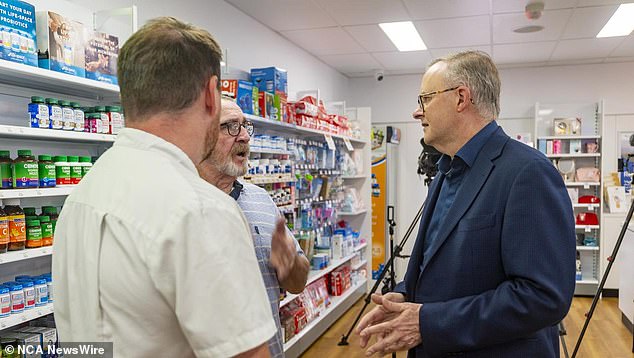 As he launches a comprehensive overhaul of the 40-year-old national healthcare system, Health Minister Mark Butler has uncovered the obvious fault with Medicare that is prompting GPs to abandon bulk billing in droves.

In response to the fears of some physicians that Medicare may collapse totally, Mr. Butler stated on Monday that the issue is that “the average gap fee now exceeds the Medicare rebate itself.”

Too many Australians are unable to receive the care they require, when and when they require it, in the community.

In the previous year, bulk billing rates fell by seven percent, and they continue to decline as general practices demand larger fees to augment Medicare rebates.

Waiting periods for primary care physician (PCP) appointments have ballooned to more than a month for some physicians, as demand increases owing to population expansion and the supply of PCPs decreases as more physicians pursue more lucrative specializations.

Medicare is scheduled to undergo the most extensive reform since its creation. Above, Prime Minister Anthony Albanese is pictured in a pharmacy.

Why is Medicare in difficulties?

Medicare was created decades ago, when the majority of people only need treatment for injuries or infections.

However, as the population ages and lives longer, the prevalence of chronic diseases has increased dramatically.

Fewer physicians are becoming primary care physicians since becoming a specialist pays better, and those who remain have more patients with time-consuming needs.

However, Medicare will not pay for surgical procedures unless a physician is involved in the treatment, as the restrictions are too rigid.

How could Medicare be improved?

The modification of the financial mechanism would enable practices to adapt to the new reality.

Nurses would be able to do many more treatments without the assistance of a physician, allowing physicians to focus on more challenging situations.

Additionally, practices could hire a variety of allied health professionals to aid in the treatment of chronic patients.

They may include dieticians, physiotherapists, and diabetic specialists.

Instead of merely receiving a refund for particular therapies passed on to patients, practices would receive block financing to cover all of this.

The rising aging of Australia’s population has led to an increase in the number of individuals who require therapy to manage chronic illnesses despite living longer.

Due to a lack of access to primary care physicians, a large number of individuals are forced to visit hospital emergency rooms for routine issues.

Without significant reform, experts and the government warned that millions of Australians will lose access to basic healthcare due to rising gap fees.

Medical professionals were also concerned that the entire Medicare system could collapse under the weight of fewer GPs, increased operating costs for surgeries, and a more costly-to-keep-healthy population.

Mr. Albanese told Sunrise, “What we know we must do is fix primary care.”

We are speaking with the AMA, the Royal Australian College of GPs, and specialists in order to ensure that the Medicare task force’s recommendations are taken into account.

Minister of Health Mark Butler told The Australian that the system was in “real trouble,” stuck in the 1980s and 1990s, and made no sense.

In the past decades, when the system was formed, acute diseases such as injuries and isolated illnesses were the primary focus of healthcare.

Australians are also living longer, thus the amount of time they require this type of care has grown, as opposed to their dying before they were a problem.

In addition, they require access to allied health professionals such as dieticians, physiotherapists, and chronic illness specialists in order to modify their lifestyle and receive specialized care.

The rising aging of Australia’s population has led to an increase in the number of patients requiring treatment to manage chronic illnesses despite living longer.

Will the plan of Anthony Albanese fix Medicare?

All of this is more expensive and requires greater cooperation between medical practitioners, which Medicare’s payment system does not adequately support.

Nurses, who are trained to administer a range of therapies without the assistance of a physician, are also underutilized.

Medicare funding regulations require patients to be visited by a physician; otherwise, Medicare will not cover the treatment, and the practice must bear the cost.

Karen Booth, president of the Australian Primary Health Care Nurses Association, noted, “Nurses can provide a great deal of care that meets patients’ immediate needs, but under the current fee-for-service system, they must see the doctor or no one is paid.”

The government acknowledged that the approach of subsidizing individual consultations solely through GPs was no longer suitable.

The system’s design does not permit them to accomplish that. Clearly, expanding multidisciplinary care is essential for chronic disease management.

There will be a greater reliance on nurses to play a larger role in primary care as the number of general practitioners (GPs) decreases and the population grows and ages.

The new model would permit nurses and allied health professionals working in teams to provide sophisticated care and earn subsidy payments in the same manner as general practitioners.

Then, nurses might relieve doctors by administering simpler treatments, and allied health practitioners could manage chronic diseases without worry of not being compensated until a physician enters the room.

Mr. Butler stated that he desired for all health care workers to be “freed” to contribute as much as possible to the delivery of world-class treatment.

‘At a time of skyrocketing demand for healthcare and workforce shortages, it makes no sense not to have all of our healthcare professionals working at the top of their scope of practice,’ he said.

We just don’t have that in Australia – there are too many laws and constraints… too many turf conflicts that limit the capacity of people to give their entire range of skills and training to hundreds of thousands of healthcare professionals, paid for by taxpayers.

Nicole Higgins, president of the Royal Australian College of General Practitioners, stated that the new system had to be constructed correctly from the start, or else so many practices would leave bulk billing that “the entire system could collapse.”

We are observing an increase in the number of elderly people with several diseases. Team-based care is the most effective strategy for supporting these patients, but GPs must continue to be the leaders of the multidisciplinary care team, as they are the only ones who have a complete picture of the patient,’ she said.

Minister of Health Mark Butler stated that the system was in “real trouble,” was stuck in the 1980s and 1990s, and was no longer rational.

The specifics of the new finance model have not yet been finalized, and other models are currently being discussed.

The federal government has been collaborating with medical associations and patient advocacy groups for several months on ideas to strengthen Medicare.

The report is anticipated to be released within a few weeks.

As part of the process, Mr. Butler stated that capping out-of-pocket payments is being examined.

“The question is whether, in addition to the traditional fee-for-service system, you add some type of flexible funding that permits physicians to provide comprehensive care,” he said.

The majority of wealthy nations have already shifted to a different system, so there are models the government will examine.

Approximately 70% of Denmark’s health funding is still given as fee-for-service, while the remaining 30% is paid as block funding. The United Kingdom made a similar arrangement.