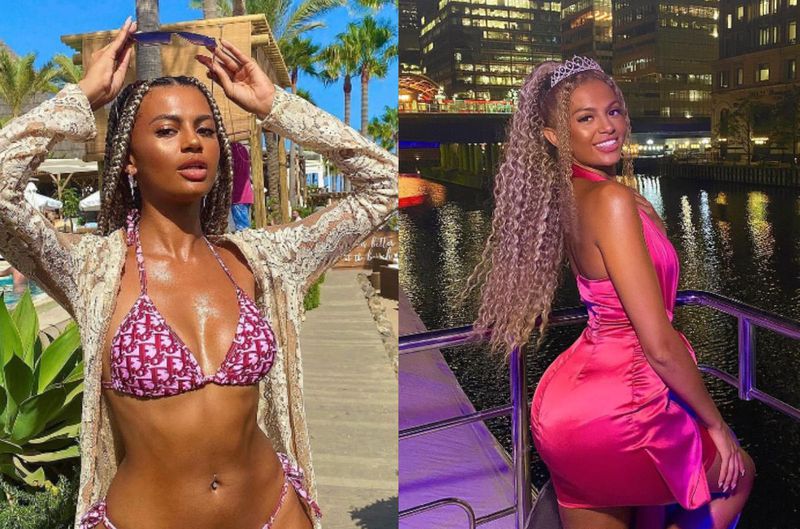 Zara Lackenby-Brown, one of the newest bombshells, and her “booty” entered the Love Island villa this week. Viewers were totally astounded by the newcomer’s voluptuous physique.

Fans expressed their interest in seeing Zara and her bootilicious buttocks shake things up at the Cape Town Villa on social media.

The 25-year-old blonde from London flaunted her perky derriere as she entered the home to meet the Love Island contestants in the most recent episode. Fans on the Internet commended the cameraman for focusing in on the enlarged cheeks.

Before moving into the mansion, the lovely beauty vowed to add “spice” to the home.

Zara added, “I’m a great girlfriend. I am compassionate, humorous, and sensual.

According to the Daily Mail, the bombshell wasted no time in pursuing Ron Hall, her love interest. In the forthcoming episode, Zara is more determined than ever to meet with the financial advisor, according to a sneak peek.

The real estate developer was determined to clear her intentions, so she summoned Lana Jenkins, Ron’s partner, for a discussion. When Zara and Ron returned from a date, the bootylicious Islander inquired about Lana’s relationship with “Ronnie.”

According to reports, Lana said, ‘We’ve had a good few days together; it’s so early, to be honest, so anything goes.’

A few hours later, people labeled Ron a player as he confided to Taneel that he was losing “interest” in Zara, as reported by Mirror. According to reports, Rons’ confession was a calculated ploy to woo Tanyel.

Zara apparently revealed on the opposite side of the villa that she was equally interested in Kai and Tom.

“Zara is going to slay so hard.”

“Zara looks stunning and is acting like a bombshell thus far!”

“Zara is beautiful, she and Kai will make a good couple or Zara and Tom.”

“My most recent girl crush ”

The cameraman is performing his duties.

“Jesus, if the cameraman moves any closer, he’ll perform a colonoscopy on her.”