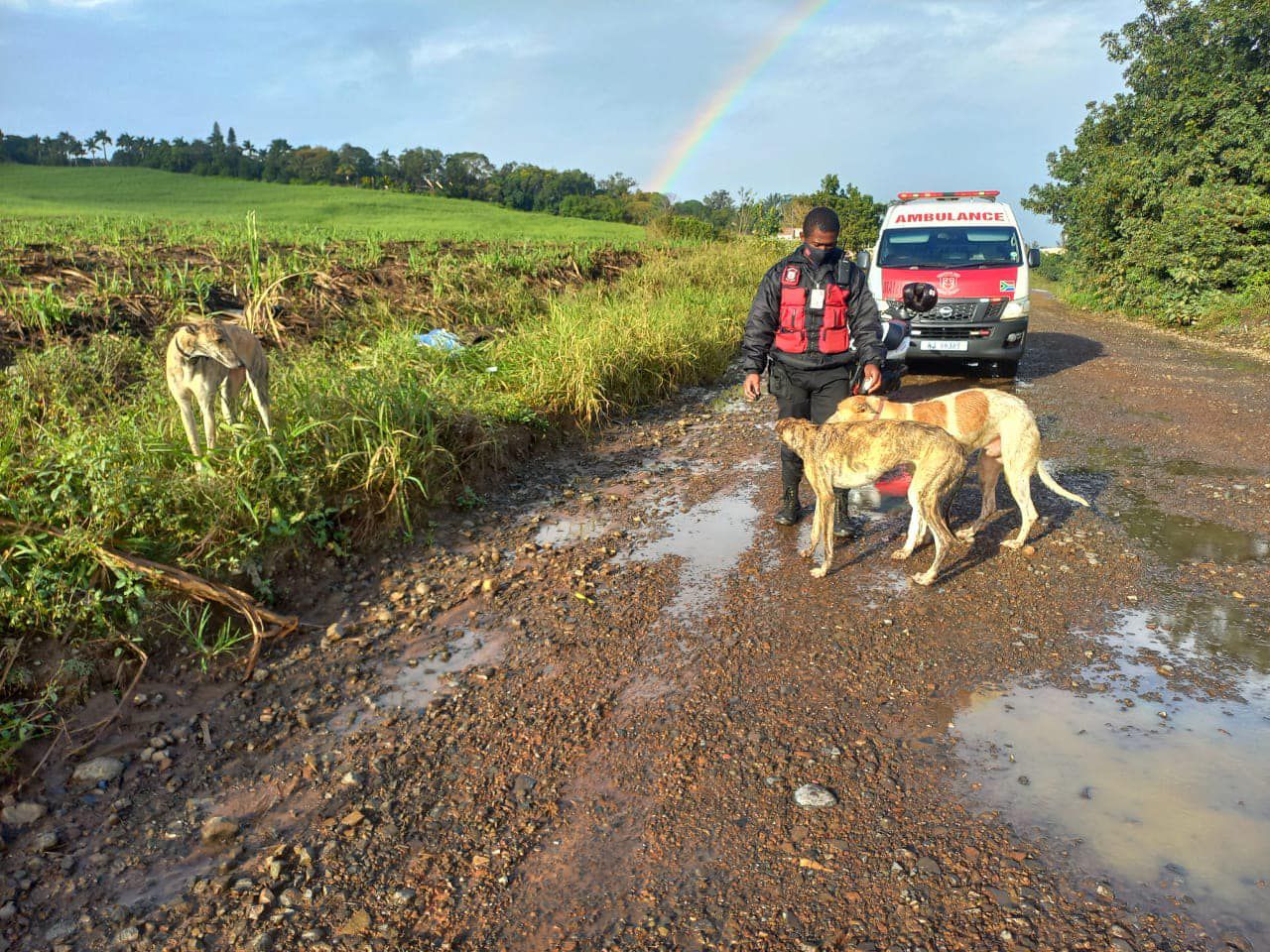 The body of a man who went missing with his three dogs while hunting was discovered on the side of an unpaved road in Tongaat, KwaZulu-Natal (KZN) on Sunday.

Tongaat is one of the areas that was ravaged by the torrential rains in the province. The South African Weather Service (SAWS) issued a red LEVEL 10 warning for KZN on Saturday which remains in place even for Sunday.

According to Reaction Unit South Africa (RUSA) a passerby made the discovery at the link between Maidstone and Brake Village.

On arrival, Reaction Officers met with the Metro Police who were in attendance. Medics examined the body of the elderly male and discovered that he showed no signs of life.

“It was established that the 65-year-old male and a neighbour left their home in Tongaat – KZN last night to hunt small game in the sugar cane plantation. They split up during the hunt however the elderly male and his three dogs failed to return to his vehicle.

“His neighbour walked back to his residence and informed his family who launched a search party. The man’s lifeless body was discovered on the side of an unpaved road this morning. His three three dogs remained with his body.”

The cause of his death is not yet known.

ROADS TO AVOID IN ETHEKWINI

As of 16:30 on Sunday, 22 May, these are roads you need to avoid in the eThekwini Municipality:

Vicinity of Hoy Park. It is completely submerged.

Main Road leading to Umdloti beach is damaged only the left lane going down towards the beach is accessible and has became a stop and go.

Blundell Crescent, Escombe in the vicinity of Burma Road which is starting to collapse.

Riverside Road on ramp to M4 North bound. The road is closed due to floods.

M4 Bridge, La Lucia, the road has been cordoned off due to sand slides.

M41 off ramp onto the N2 South due to it being waterlogged.

M4 between Desainagar and Westbrook near the Boys Town Bridge.