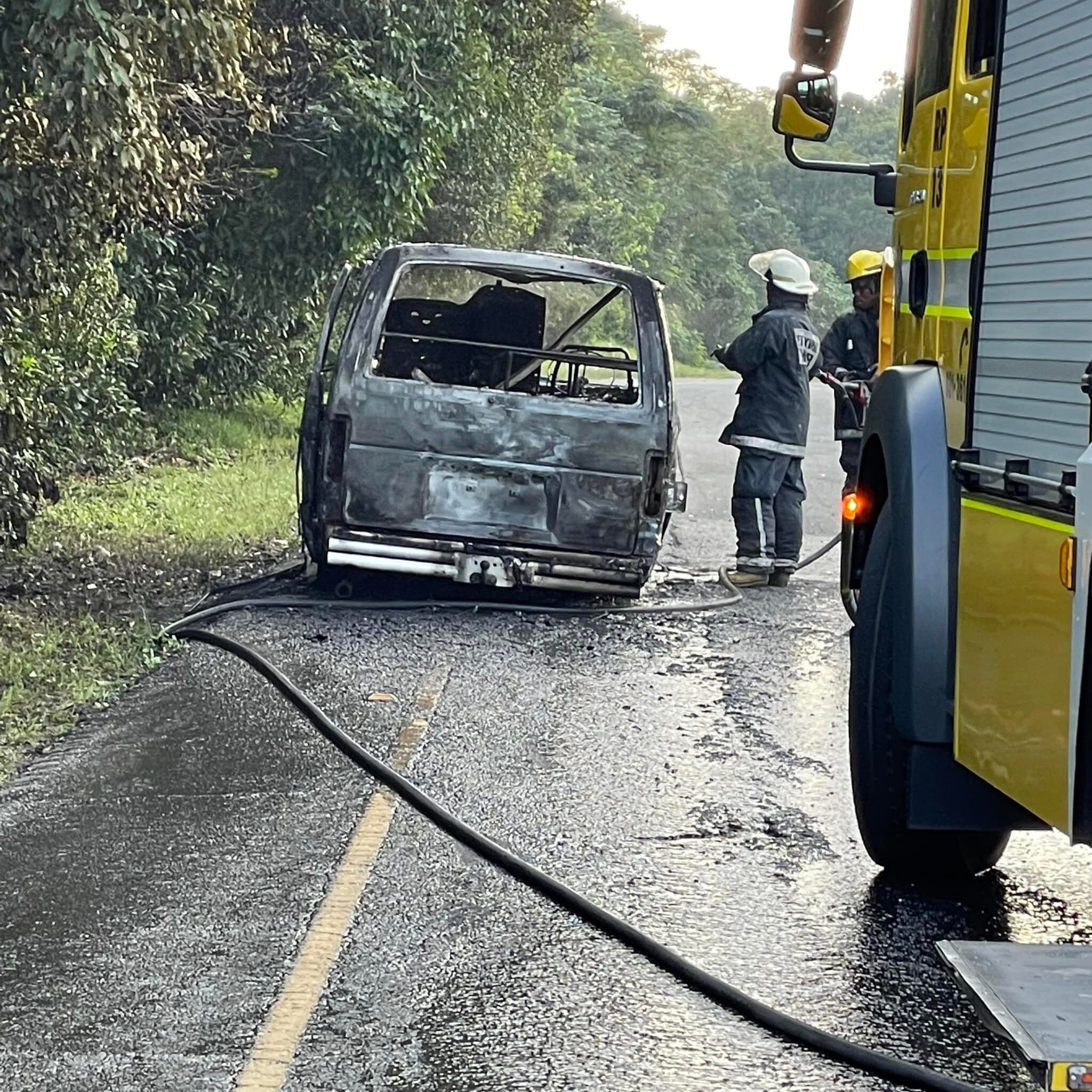 Four people have sustained injuries after they jumped out of a moving taxi that caught alight while travelling on Umdloti Beach Road near Waterloo in KwaZulu-Natal on Friday morning.

The incident reportedly happened just before 08:00.

According to Reaction Unit South Africa (RUSA), officers and medics were immediately mobilised and on arrival discovered the Toyota Hiace completely engulfed in flames.

“Four passengers were located on the road, several metres apart from each other. The sustained mild to moderate injuries after they jumped out of the moving vehicle that caught alight due to unknown reasons.

“The eThekwini Fire & Rescue Services extinguished the fire however the taxi was completely destroyed.”

A woman in her thirties was killed in a collision on Todd Street in the vicinity of Oaklands in KwaZulu-Natal (KZN) on Saturday.

The woman, who was driving a VW Polo , collided with a water tanker belonging to the eThekwini Municipality.

According to Reaction Unit South Africa (RUSA), its members arrived on scene at approximately 18:59. They found that the driver of the extensively damaged silver VW Polo had been fatally injured.

“It is alleged that the light motor vehicle was travelling in the direction of Redcliffe – KZN when it collided into a water tanker belonging to the eThekwini Municipality that was proceeding in the opposite direction.

“The occupants of the water tanker were not injured.”