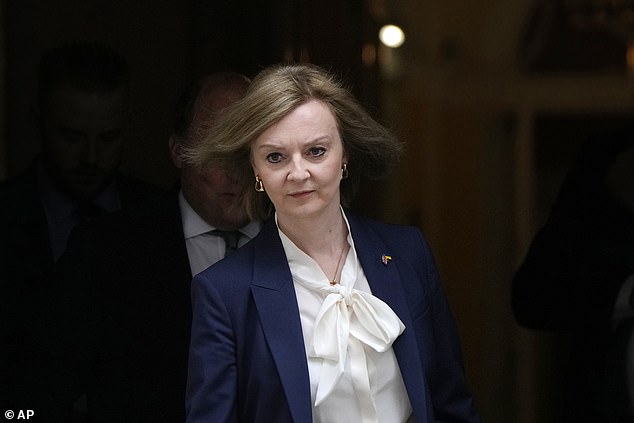 Liz Truss will not leave the Conservative Party as the party’s decision deadline approaches.

It is believed the former prime minister will run for re-election in South West Norfolk despite the dismal conclusion to her brief tenure in Downing Street.

Chiefs of the Conservative Party have requested that incumbent members of parliament announce by tonight if they plan to run in the next national election, which is projected to occur in 2024.

However, with Labour far ahead in the polls, the United Kingdom facing the biggest decline in living standards in a generation, and seat boundaries being altered, many are electing to withdraw from the election.

Former Chancellor Sajid Javid became the most senior politician to announce his retirement on Friday, citing “much contemplation.”

Liz Truss will not leave the Conservative Party as the party’s decision deadline approaches.

Former Chancellor Sajid Javid became the most senior politician to announce his retirement on Friday, citing “much deliberation”

With Labour far ahead in the polls, the UK facing the biggest decline in living standards in a generation, and seat boundaries being changed, a large number of MPs are deciding to resign.

Dehenna Davison, who surprised politicians by taking the Red Wall castle of Bishop Auckland three years ago, William Wragg, and Chloe Smith are also contemplating life beyond the House of Commons.

Boris Johnson has nonetheless told his constituency association that he plans to run as the Conservative candidate in Uxbridge & South Ruislip in the upcoming election.

After he withdrew from the race to succeed Liz Truss, paving the way for Rishi Sunak to become prime minister, there were rumors that Mr. Johnson would quit Parliament for more lucrative work in the private sector.

In a hint of the mountain he must scale, Mr. Sunak got a bloody nose in last week’s Chester by-election, where Labour increased its majority and the Conservatives had their worst showing in the seat in 190 years.

Although a Labour victory was anticipated, the roughly 14% swing from the Conservatives will have rung off alarm bells in Downing Street.

Mr. Javid sealed Boris Johnson’s doom when he quit from the Cabinet in the summer, followed by Rishi Sunak.

The former City banker was an early dropout from the subsequent Tory leadership election. It was his second unsuccessful attempt to attain the top position.

In a letter to Paul Uppal, chairman of the Bromsgrove Conservative Association, the Bromsgrove MP said that he had “wrestled with” the choice not to run in his fifth election.

He continued, ‘I am extremely pleased of what we have accomplished for Bromsgrove District and of my work in Parliament and Government.

This choice will not mark the end of my parliamentary service, especially for issues that are dear to my heart. Nor will it affect my obligations as a local representative for Bromsgrove constituents.

‘Being the local representative and serving in government has been the greatest honor of my life, and I am incredibly thankful for the chance to do it.

I always strove to act in the national interest and in accordance with my principles, and I can only hope that my efforts were adequate.

“Of course, I will continue to help my friend the Prime Minister and the residents of Bromsgrove in every manner possible.”

Last week’s by-election in Chester resulted in a bloodied nose for Rishi Sunak, a sign of the mountain he must scale.