Liz Truss has deflected criticism after a recording of her claiming that British workers lack “graft” surfaced.

The leading candidate for the Tory leadership disparaged the “working culture” outside of London, comparing it negatively to China.

In the statements, made while Ms. Truss was a Treasury minister between 2017 and 2019, she cautioned that productivity must increase for the British to become “richer.”

Today, reporters in Northern Ireland asked Ms. Truss if she thought British people are not working hard enough. She responded, “What I believe is that our country needs more skills, more capital investment, and more opportunity.” As prime minister, I would deliver on this promise.

We must assist more people in obtaining employment. There are a significant number of economically inactive individuals around the country.

“I want to help these individuals find employment and ensure that we are producing high-wage, high-skilled positions in our economy. To achieve this, we must attract investment to our country.

She continued, “I am basically on the side of hard-working individuals who do the right thing.” These are the individuals I want back.

However, Labour has seized upon the statements, and supporters have attempted to calm the dispute this morning.

Former Cabinet minister Sajid Javid stated in interviews that he “didn’t know the specific context” in which the comments were made and that British employees are “the hardest-working in the world.”

Despite the controversy, Ms. Truss received a significant boost today, as the latest ConservativeHome survey indicates she is on pace to win on September 5. In a survey of activists, she was ahead of Rishi Sunak by 60% to 28%.

In the video obtained by the Guardian, Ms. Truss is audibly heard stating, “There is a fundamental problem with the British working culture.” 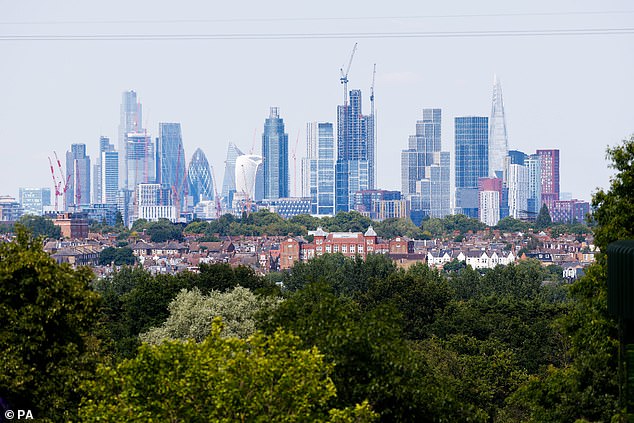 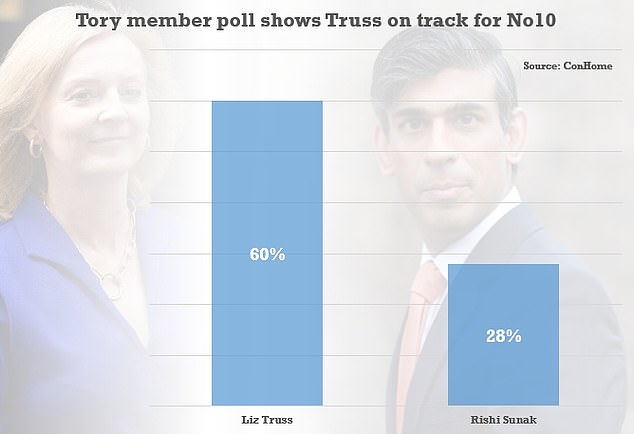 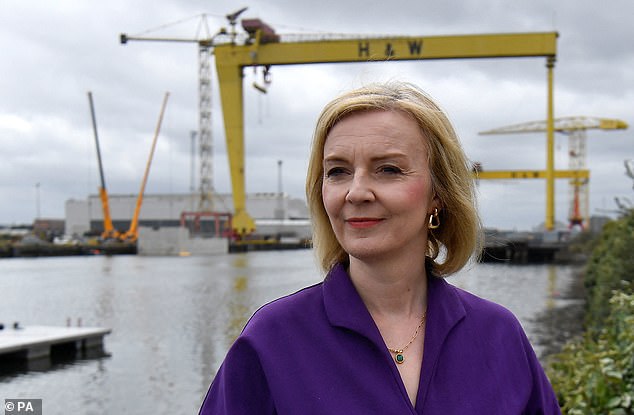 Fundamentally, if we are to become a wealthier and more affluent nation, something must alter. However, I do not believe that people are eager to change that.

She noted that there was a “slight tendency in Britain to desire simple solutions” before stating, “However, what is actually required is more… more effort.” It is not a well-liked message.

She also stated that productivity in London was “very different from the rest of the country” and that this was “partly a matter of thinking and attitude.”

London’s production is vastly different from that of the rest of the country, if one is to examine the matter. However, this has essentially been a historical reality for decades. I believe it’s largely a matter of thought and attitude. Essentially, it is work culture.

‘If you travel to China it’s totally different, I can guarantee you.’

Ms. Truss, when asked about the remarks made last night at the Tory leadership debate in Perth, responded, “I don’t know what you’re citing, but I’ve always stated that what we need in this nation is higher productivity and economic growth.”

Capital investment is in short supply, which is why it’s imperative that firms invest, whether in the oil and gas industry or the whisky industry.

A Truss campaign source stated, “These half-decade-old comments lack context, but one thing that is as evident now as it has ever been is the need to increase productivity, which leads to higher pay and an improved quality of life for workers across the United Kingdom.” As prime minister, Liz will produce a high-wage, high-growth, and low-tax economy.

Mr. Javid told Times Radio that Ms. Truss was aware that British citizens are “among the hardest working in the world.”

He stated, “I’ve witnessed myself, and Liz has as well, that British workers are among the hardest working in the world; the hours they put in, the effort they exert, it couldn’t be harder.”

“Until recently, I managed the largest workforce in the country, which is our magnificent National Health Service. The doctors and nurses with whom I work, for instance, could not be working any harder.

‘However, whether it comes to enhancing productivity in the public sector or private sector, the government plays a significant role, and there is a need to do this right.’

Jonathan Ashworth, the shadow work and pensions secretary, referred to an abandoned Truss campaign commitment that would have reduced public sector pay outside London, adding, ‘Now it has been exposed that she has claimed that people outside London lack the proper culture and mindset.

With wages falling as a result of Tory inability to rein in inflation and years of lackluster growth, it is egregiously disrespectful for Liz Truss to essentially label British workers as stupid.