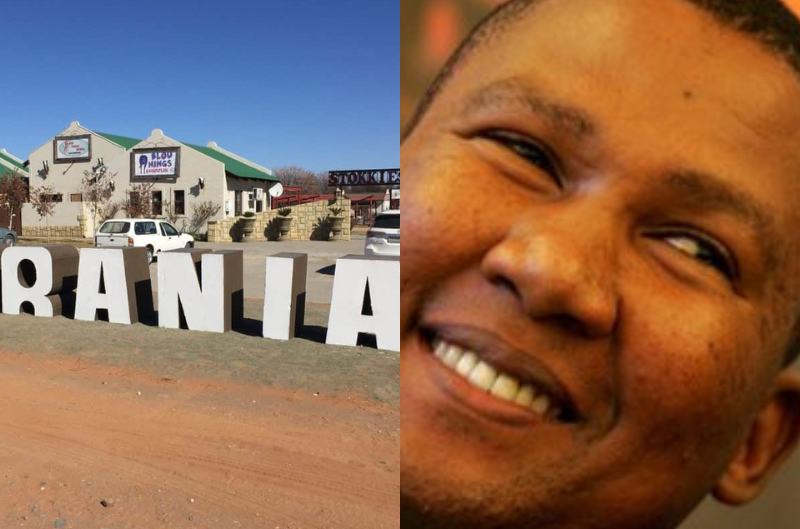 Fans of Raja Casablanca did not hold back when they reminded Mandla, the grandson of former President Nelson Mandela, about Orania in response to his statement regarding Western Sahara.

At the opening ceremony of the Africa Nations Championship (CHAN), Mandla spoke about the need for Morocco’s occupied Western Sahara to be liberated.

Mandela was a guest of honor at the opening ceremony of the Africa Nations Championship (CHAN) for under-17s, held in Algeria on January 13. He addressed soccer fans before Algeria’s match versus Libya at the Nelson Mandela Stadium in Algiers.

“Let’s not forget about the last African colony, Western Sahara. Let us struggle to liberate Western Sahara from oppression, he declared.

This statement did not sit well with some fans, who hoisted a sign that said, “Little Mantle, the only remaining African colony is Orania.”

According to reports, Morocco controls around 80% of Western Sahara and has sought recognition of its authority over the territory.

Algeria supports the Polisario Front, which governs the remaining 20% as the Sahara Arab Democratic Republic (SARD). The African Union recognizes the SARD as a member in good standing.

Orania is a contained town in the province of Northern Cape where only Afrikaners reside, and it has its own currency despite the Rand being South Africa’s official currency.

Controversial town with schools, stores, salons, and other facilities has caused many politicians restless nights, with some pledging to reassess its status or shut it down.

According to the town’s chief executive officer, Orania is currently preparing to host nearly 10,000 people. This would be nothing short of a meteoric rise in the local population, but construction crews, city planners, and civic society are taking the required steps to become a “five-figure population.”