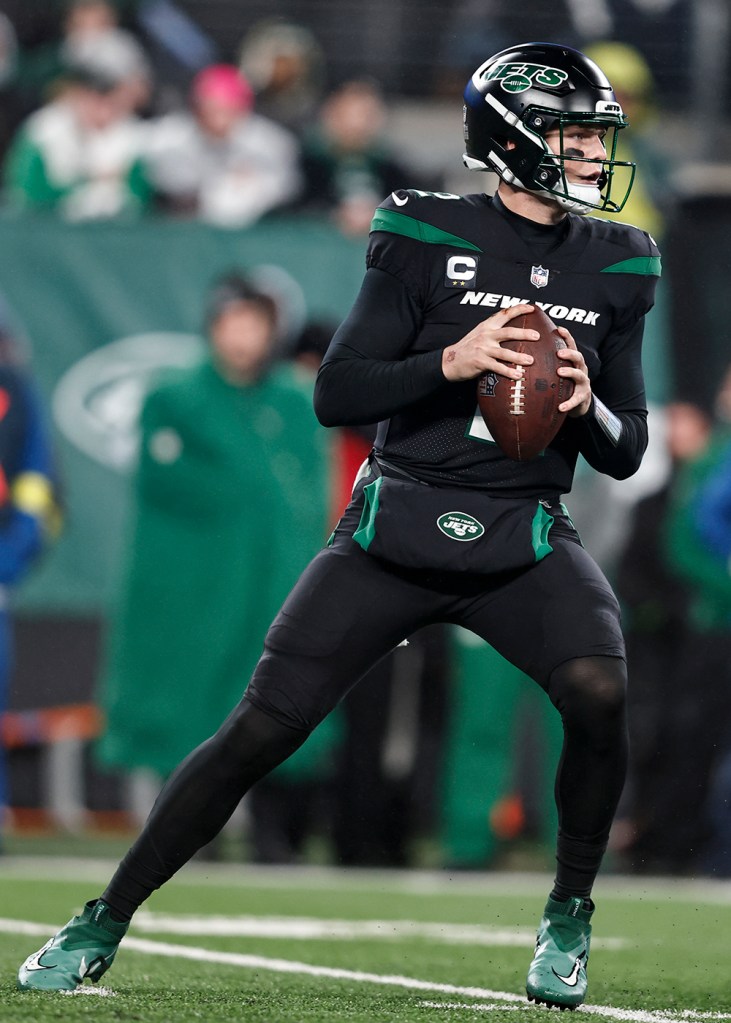 According to a source, the close bond between Zach Wilson’s family and the New York Jets could help retain the quarterback with the team.

Lisa Wilson moved to Instagram Stories to contradict a story by Michael Kay, who stated on his radio show on Friday, “I was told by a source close to ownership that Zach Wilson will return next season.”

Kay then indicated that Wilson’s continued presence on the Jets for a third season after being benched many times could be due to his family’s ties with team owner Woody Johnson.

Lisa, however, stated that her family has only spoken to Johnson once, after the Jets selected her son second overall in the 2021 NFL Draft.

Lisa added atop a screengrab of the report, “These people are hilarious.” “They are completely ignorant. The only time we have ever spoken with Woody was on a facilities visit the day following the draft.”

Jets quarterback Zach Wilson drops back to pass against the Jacksonville Jaguars on December 22, 2022 at MetLife Stadium in East Rutherford, New Jersey

Wilson was benched many times this season in favor of backups Mike White and Joe Flacco due to his inability to direct the offense.

Despite Wilson’s difficulties, the Jets remain committed to the BYU product.

“Communication is constant with Zach,” stated head coach Robert Saleh on Wednesday. Again, we are unwavering in our support for the young man… Zach has no talent in this area. I do not believe it… We are devoted to working tirelessly to assist him.

The Jets’ 11-6 loss to the Dolphins on Sunday marked their sixth consecutive defeat as they head into the offseason vowing to develop Wilson.

Mike LaFleur, the offensive coordinator for the New York Jets, addressed Thursday how the organization has “failed” the second-year quarterback.

LaFleur stated, “We have not done our job with him for two years.” “As a coach, if a player at any position isn’t performing up to their potential, you’ve failed them. It is a two-way street; the player must meet you in the middle.

“However, you want all of these guys to perform at their greatest best, and we all know that Zach has not played at his best. He has demonstrated talent in spurts, however, as head coach Robert Saleh stated on Monday, “come hell or high water, we will continue to work with him.”

The Jets’ offense struggled in their last three games. ESPN reports that they are only the fourth club since 2000 to be held under seven points in three consecutive games.