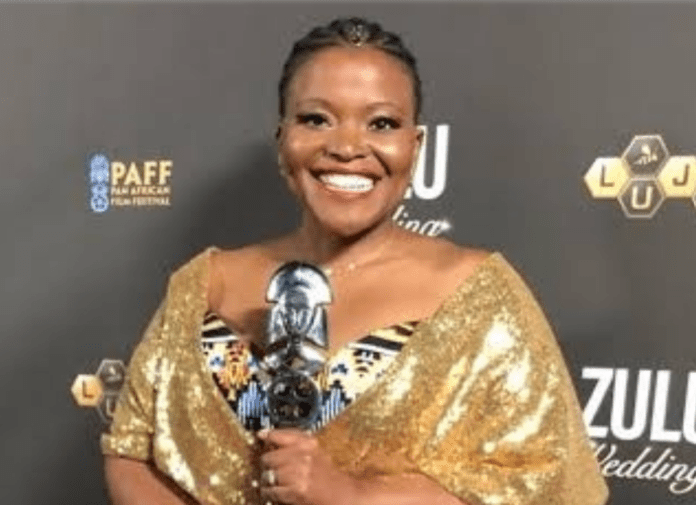 Sunday World can reveal exclusively that Lineo Nkosi and her husband Simphiwe Nkosi have separated after she accused him of gender-based violence.

In 2020, Lineo’s film won Best Picture and Best Narrative Feature at the 28th Pan African Film Festival in Los Angeles, placing her in the pantheon.

Lineo (née Seleloane) has secured an order of protection against Simphiwe.

After allegedly assaulting her, he was allegedly arrested and released on bail for violating the restraining order.

A source close to the couple disclosed that Lineo was a victim of domestic violence and that she has left her husband.

The deep voice reported that the two, who have kept the dissolution of their union secret, are now living in separate Johannesburg suburbs.

“Lineo resides in Roodepoort, whereas Simphiwe resides in Waterfall in Midrand,” the tipster said.

The source told Sunday World that Lineo and Simphiwe, who married in 2007 on the basis of community property, began experiencing problems after she accused him of physical and emotional abuse.

“She also alleged that he is verbally and financially abusive towards her,” the source said.

The source added that Lineo is contemplating filing for divorce and seeking spousal support from her estranged husband, a well-known voice actor.

The source believes that Simphiwe can afford it because he earns at least millions of rands annually. Lineo declined to comment, citing her desire to maintain her safety.

In May of this year, Lineo made a brief police statement at the Florida Police Station that supported the tipster’s allegations.

The statement, which we have seen in parts, reads as follows:

“The complainant alleges that on May 23, 2022 at 7:25 a.m., she was standing in the house’s passageway searching for the keys. She was unable to locate them, and when she asked her husband about them, he grabbed her by the arms and began to push her around. Assaulting her was a violation of an existing protection order issued against him.”

Simphiwe did not respond to attempts to elicit a response.