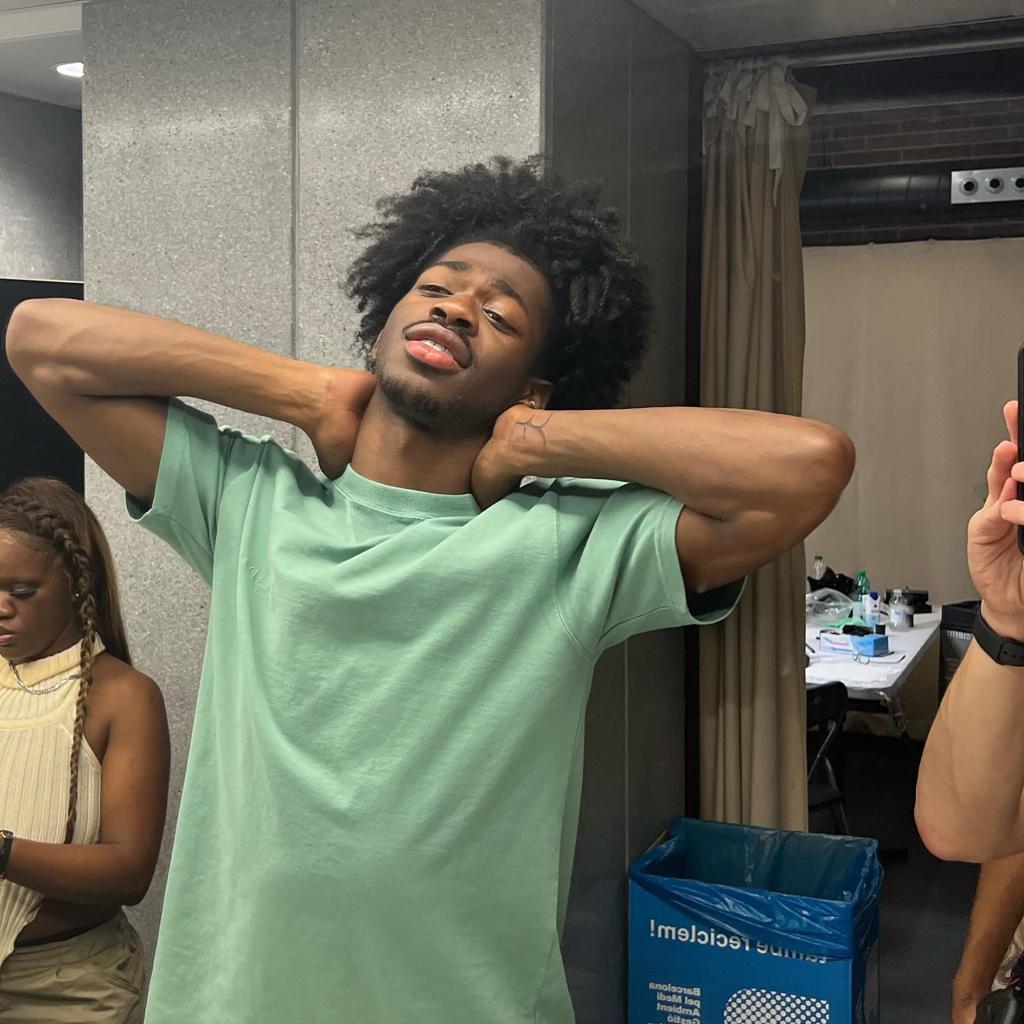 Yesterday, the rapper posted photographs of his first tattoo experience on Instagram, and his fans couldn’t get enough of his over-the-top reaction.

Lil Nas X closed his eyes and screwed up his face while a lady tattooed a symbolic symbol on the inside of his wrist while wearing a $3,100 mint green Dior puffer coat and $1,350 logo-covered white shorts.

The set of photographs contained a number of close-ups of the distinctive black artwork, which was based on the Aries symbol and used on the “Montero” album cover.

His Instagram followers adored the photos (and the celebrity’s hilarious reaction), with one user remarking, “Can’t tell if you’re yawning or if getting a tattoo hurts that much.”

Another follower remarked, “UR FACE ON THE FIRST PIC LMAOAOAO,” while a third said, “y’all are so slow. Clearly, he was only making that look for the photograph.”

The 23-year-old “Old Town Road” rapper tweeted in June, “the reason I don’t have tattoos yet is nothing profound or philosophical; I’m simply too p—y.”

In the Instagram post, the celebrity also included photographs from his Barcelona tour stop, including one of himself lying on the pavement and posing in front of graffiti while wearing a “2 Fast 2 Furious” t-shirt.

Earlier yesterday, he also posted several photographs from Spain to Instagram, including one of himself naked in a hotel bathtub with artfully placed bubbles.

“myself in yo bathroom after f—king yo chick,” he said on Twitter with the photo.
lilnasx/Instagram

Along with baring his abs, the “Call Me By Your Name” singer recently opened up to People about singing in front of family and friends in his birthplace of Atlanta while wearing a skirt on tour.

“Afterwards, my relatives, many of whom used to think the exact reverse of what was on that platform, told me they were really pleased,” he stated. “I feel like I’m changing some minds.”

Regarding altering one’s mind, we wonder if Lil Nas X’s new tattoo has opened him up to future tattoos.

His tattoo is based on the album artwork for “Montero,” which features a stylised Aries sign.
lilnasx/Instagram

»Lil Nas X displays his first tattoo, which appears to be painful«