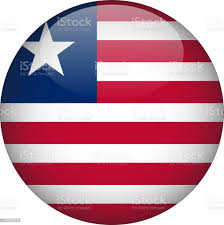 There are fears in Liberia that the governing Coalition for Democratic Change, CDC, party is recruiting hundreds of its supporters to provide ‘uniformed security’ for its candidate in an upcoming senatorial election in the opposition stronghold of Lofa County, in the far north.

Dressed in khaki suits marked “CDC Militant” and red berets bearing the parry’s logo, these men have been captured on social and mainstream media conducting drills ahead of the crucial vote.

Partisan forcesCritics concerned about the exercise say protection for all candidates should be the ‘responsibility of state security,’ not partisan forces.

But a ruling party MP coordinating activities in the region, Thomas Fallah, has said “forming such groups is normal in Liberia and can be seen even in places like South Africa.”

Lofa County is the home and stronghold of opposition leader Joseph Boakai who lost to George Weah in the 2017 presidential election
The ruling party is trying to gain a foothold there.