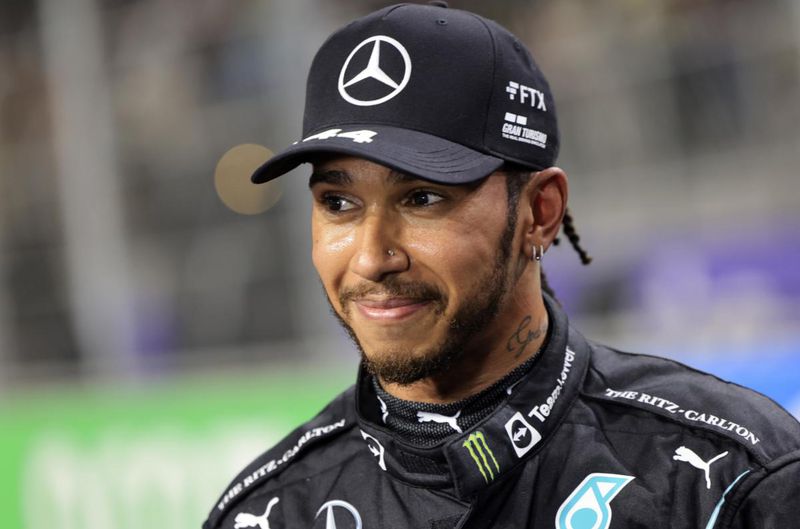 Lewis Hamilton has described his “traumatizing” school history, during which he was pelted with bananas and regularly called the N-word.

The seven-time Formula One world champion, who grew up in London, described the racial abuse in the Monday-released On Purpose podcast.

The 38-year-old driver, who is preparing for his 17th season in F1, stated, “School was the most traumatic and challenging period of my life.”

“I was bullied as early as the age of six. At that specific school, I was one of just three students of color, and larger, stronger bullies frequently threw me around.

“And the continual barbs, the objects that are thrown at you, such as bananas, or the folks who use the N-word so casually. People who call you a half-breed and have no idea where you belong. That was challenging for me.

There were six or seven black students out of 1,200 at my high school, and three of us were frequently sent to the principal’s office.

The British driver stated that he thought the system was stacked against him and that he repressed “many things.”

“I didn’t feel comfortable going home and telling my parents that these kids kept calling me the N-word or that I was bullied or assaulted at school today,” he added.

I didn’t want my father to believe I was weak.

Hamilton is the only black driver in F1. He founded Mission 44, which tries to improve the lives of individuals from underrepresented groups, and Ignite, a collaborative venture with his Mercedes team that aims to increase diversity in motor racing.

It is predicted that the British driver, who placed sixth in the 2022 standings, will sign a new multi-year contract with Mercedes in the final year of his massive contract.

Considering life beyond F1, Hamilton stated in the November-recorded podcast, “It will be extremely difficult when I retire from racing. I’ve been doing this for thirty years. When you cease, what will match that?

“Nothing can compare to being in a stadium, at a race, at the pinnacle of my sport, at the front of the grid or coming through the grid, and experiencing the emotion that comes with that.”

“When I do stop, there will be a large void, so I am concentrating on finding equally rewarding replacements.”

Hamilton will showcase his new Mercedes at the team’s presentation on February 15 at Silverstone, ahead of the season’s inaugural race in Bahrain on March 5.