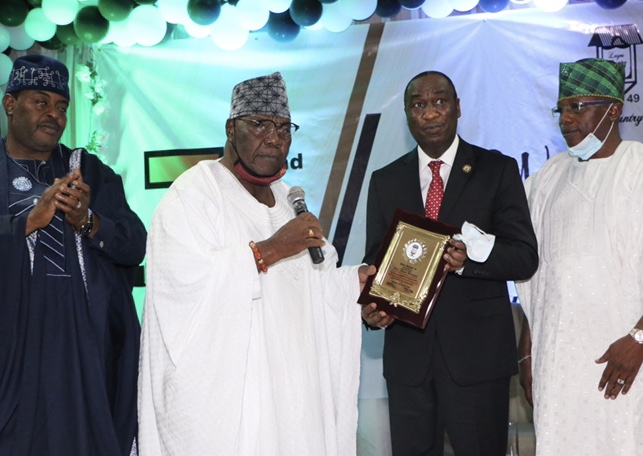 Lagos State Deputy Governor, Dr. Kadri Obafemi Hamzat, has urged all non-state institutions, especially civil society, academia, social groups to join the government to free the nation from the current state of stagnation and march towards a future that possibly awaits.

The Deputy Governor made this call on Tuesday at a lecture organised to honor the 72nd Anniversary of the Lagos Country Club, Ikeja which was held at the Club premises in GRA, Ikeja.

Speaking on the topic, “The Imperative of Good Governance: The Role of Non-State Actors”, Hamzat urged Nigerians to come together to build a virile nation where the extensive natural resources are deployed to provide general happiness and an opportunity for citizens to excel in their individual pursuits.

“It should be the desire of all Nigerians to have a nation where their citizens can fulfil their potentials. A nation with values and ethos around which her people can proudly assemble and take their positions in the national scheme of things”, the Deputy Governor said.

He further stressed the need to surmount the mirage of challenges bedevilling the country, which include the inability of State actors to create an enabling environment for businesses to thrive, poverty, corruption and insecurity as well as an extensive dissent among tribes.

“Today, there is a nation-state called Nigeria but a limited number of Nigerians. Put succinctly, we have not built a nation of Nigeria. So long as this state of things subsists, we cannot begin to think of  good governance”, Hamzat declared.

He said that to achieve harmony, the country must extend its engagement to non-state actors like social clubs for opportunities to build consensus and promote values that can get the nation to its desired destination.

Noting that some countries that have leveraged consensus, he maintained that there has been continued growth in the number and activities of non-state actors globally because of the compelling complementary roles they play to impact governance.

He said, “It is my position that we must begin to move away from ‘Big Government’ concept towards ‘small government’ to free up space for the entrepreneurial capacity of the people to take off”.

The Deputy Governor averred that social clubs like the Lagos Country Club with its diverse membership portends great potentials to make national discourse more meaningful, adding that opinion moulders can preach code of ethics that encourage citizens to visualise the nation of their dreams.

While accepting that corruption plays a role in the state of things, Dr. Hamzat urged Nigerians to also celebrate notable achievements rather than wear the toga of our failings.

His words: “A young Nigerian from a public school had excelled at a competition among students of 60 schools across the world, but there was no mention of it in our media. This is not good enough”.

Earlier in his welcome address, President of the Lagos Country Club, Arc. Funmi Bamkole, stated that the club exists to co-create good governance, stressing that democracy, good governance and modernity cannot be imported or imposed from outside the country.

He pointed out that the club owes its members, immediate environment and the country, a duty to add value not only on recreational activities, but on collective governance of the society.

Arc. Bamkole maintained that good governance is the pathway to the future we all want and it offers a framework to generate economic growth, achieve social justice, exercise environmental stewardship and strengthen governance.

He said, “We recognise the fact that Nigeria is the most populous country in Africa. If Nigeria succeeds at democratic governance, it will be an anchor for all West Africa and indeed the entire continent. Africa needs a strong Nigeria”.