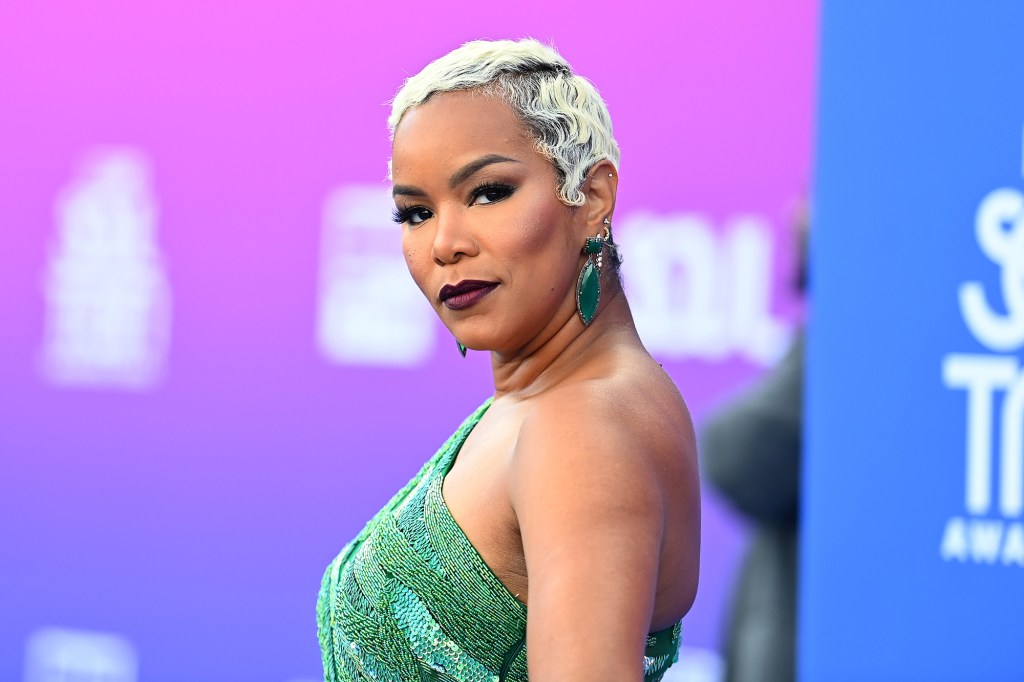 LeToya Luckett is a founding member of the group Destiny’s Child and a devoted Houston native. Even though she can recite a list of her favorite Houston restaurants (the Breakfast Klub, Turkey Leg Hut, and Burns Original BBQ), her upbringing was not typical of Houston.

“My pals were at the mall, the movies, homecoming, and proms, among other places. In this week’s episode of “Renaissance Man,” she stated, “It was as if we didn’t get to live a regular childhood.”

Instead, “we spent that time in rehearsal viewing films about our favorite musicians, like Whitney Houston, Anita Baker, and Chaka Khan.” This is how we utilize our time. Similar to how you [athletes] view tapes. We shall view a tape. Consequently, I had the impression they were preparing us to be athletes. Like we were performing workouts.”

They also toured with luminaries such as Boyz II Men.

LeToya remarked, “We’ve learned so much by observing them every night.” I mean, truly, who surpasses Boyz II Men? To share the stage with them was unbelievable.”

LeToya remarked that even when they were achieving fame and became superstars, they did not take the time to spike the ball and celebrate. They continued to pursue their dream. Let’s be honest: Beyoncé and Kelly Rowland were hardly overnight successes when she discovered them.

“It was probably a good thing that we were so young, so that we wouldn’t become distracted. We’d start feeling ourselves. Our parents were really active, so keeping us grounded and focused on doing the job and continuing to grow as artists was probably the best thing for us,” she said, adding, “I don’t believe people realize how much effort, time, sacrifice, and tears go into it.”

LeToya’s rise to popularity was not instantaneous, and she has been candid about her problems since leaving the group in 2000. But hardship and labor are the reason for her enduring strength. LeToya, who is now the mother of two children, appears in two Christmas films this year. The first is “The Great Holiday Bake War” on Own, and the second is “A Miracle Before Christmas” launching on BET+ on December 23 with Romeo Miller.

Luckett is featured in two Christmas-themed films this holiday season.

And, yes, it is a Christmas film replete with the typical holiday lessons. But it was also noteworthy because, near the conclusion of filming, Romeo’s sister Tytyana Miller died tragically, upsetting their family.

“On the penultimate day of filming, this man lost his sister,” she added of her co-star. “And he arrived. He completed and then left. And he continued to grieve. And I thought, ‘There is no way I could have gotten out of bed.’ He made it appear as though he did not wish to inconvenience anyone. I am aware that this is our last day of filming. There would need to be an additional shooting day, week, or something. The entire procedure would take some time. But he responded, “I finish what I start and I always have a positive mindset.” This demonstrates that he has a great deal of depth, and I have a newfound respect for him as a result.

And because she is gradually becoming the Christmas-movie queen, I needed to know her preferences. Included among them are “Serendipity,” “The Preacher’s Wife,” “This Christmas,” and “Home Alone.”

However, she says, “We must produce more urban holiday films.”

This prompted my next vital inquiry: is “Trading Places” a Christmas film?

“Trading Places” is one of my all-time favorite films, but you’re right,” LeToya acknowledged. Because of the scenario in which he is on his knees speaking to the police officer. It was most certainly the holiday season. This entire film is about the vacation.”

That settles the issue. “Trading Places” is actually a Christmas movie, as stated by LeToya. And possibly the dirtiest Santa outfit that has ever appeared on-screen.

Jalen Rose, a native of Detroit, was a member of the University of Michigan’s Fab Five, who shook up college basketball in the early 1990s. He played in the NBA for thirteen years before becoming a media figure. Currently, Rose serves as an analyst for “NBA Countdown” and “Get Up” and as a co-host for “Jalen & Jacoby.” He executive-produced “The Fab Five” for ESPN’s “30 for 30” series, authored the best-selling book “Got to Give the People What They Want,” is a fashion tastemaker, and co-founded a public charter school in his hometown called the Jalen Rose Leadership Academy.