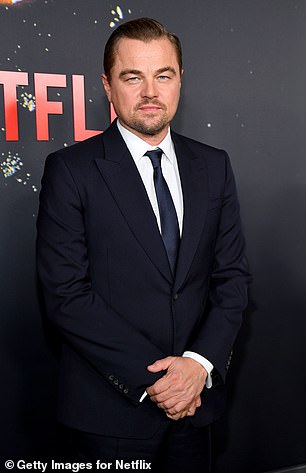 Leonardo DiCaprio and Boris Johnson have engaged in a verbal battle over Sadiq Khan’s unusual decision to extend the ultra-low emission zone in London, which further penalizes and punishes drivers (Ulez).

The Left-wing mayor’s “smash and grab attack on drivers” has been denounced by the former prime minister and other Conservative MPs in the wake of Mr. Khan’s proposal to expand the low emission zone across Greater London starting in August of next year.

According to the proposed proposals, drivers who have vehicles with engines found to be insufficiently clean would have to pay £12.5 to take a drive.

The Oscar-winning actor Mr. DiCaprio has lauded Mr. Khan’s approval of the Ulez extension, which essentially extends it up to the M25 motorway, as “the type of large-scale decisive action” required to combat climate change, and Mr. Johnson’s intervention pits him against Mr. DiCaprio.

The Hollywood actress said on Facebook that Sadiq Khan’s plan to extend his ultra-low emission zone (Ulez) would result in five million more people breathing healthier air and help create a better, greener, and more equitable London for everyone.

“This is the type of broad-based, determined effort we need, together with the adoption of nature-based solutions, to cut emissions in half this decade.”

The amount of Londoners who live in regions that exceed interim World Health Organization (WHO) nitrogen dioxide (NO2) goals would decrease by 13% as a result of the Ulez’s extension, including students at 145 schools.

According to reports, the actor flew from Miami to New York and returned in a single day last year, as reported by Page Six.

On November 30, 2016, he was meant to co-host a fundraiser at Soho Beach House with Sean Penn for his CORE (Community Organized Relief Effort) organization, but instead he was photographed partying and touring some of the exhibits while in Florida for Art Basel.

The benefit attendees were informed that Mr. DiCaprio would be returning for the occasion despite being abruptly summoned away to New York.

According to sources, he ended up being late and returned to the charity event around 11 p.m., which led several attendees to question the need for the trip.

Climate change is a topic that Mr. DiCaprio has not shied away from bringing up, and he even brought it up in his 2016 Oscar acceptance speech for Best Actor for The Revenant.

“Climate change is occurring today and is real.” We must band together and stop putting it off because it is the most pressing issue confronting our whole species, he said from the podium.

According to Forbes, Mr. DiCaprio insists that he is a “CarbonNeutral citizen” despite using private aircraft since a London-based business planted thousands of trees in Mexico in his honor to offset the carbon he generates.

However, according to insiders close to the actor, he had been taking more commercial flights than private ones, which emit fewer carbon emissions per person.

They said that he chose a commercial aircraft over a private airplane when he traveled to the Cop26 Climate Summit in Scotland last month.

Sir Iain Duncan Smith, a former leader of the Conservative Party, Chris Grayling, a former secretary of transportation, and Conservative minister Paul Scully are among the other signatories to Mr. Johnson’s letter protesting to Ulez expansion.

The decision made by Mr. Khan was dubbed “undemocratic and a hammer blow to family finances” by MPs.

The Ulez was never meant to apply to outside London, the Conservatives reportedly acknowledged, according to The Telegraph. This is a robbery of the drivers’ pockets that has nothing to do with the quality of the air and everything to do with Khan’s poor financial management of [Transport for London]. And it occurs when family income is at its lowest.

At the Cop26 conference in Glasgow last year, Mr. DiCaprio met Mr. Khan, and in the past, he has backed the mayor’s projects on social media. He sent congrats to Mr. Khan in 2019 for the opening of the Ulez in the heart of London. The actor said at the time that “clean air is a human right.”

A YouGov survey of 1,072 persons in London found that 51% opposed widening the Ulez from its existing boundaries up to the North and South Circular Roads across all 33 boroughs, demonstrating the unpopularity of the plan with many Londoners.

Will Norman, the Walking and Cycling Commissioner for Mr. Khan, complimented Mr. DiCaprio, saying: “People throughout the city and all around the world recognize how vital it is. The Mayor of London’s ULEZ extension will provide 5 million Londoners healthier air.” Leo DiCaprio included!

The director of communications for the environmental organization Possible, Russell Warfield, made light of Leonardo DiCaprio’s well-known fondness for women who are younger than he is.

He enjoys his NO2 levels as much as he enjoys his partners in crime. The closest thing to being allowed.

Transport for London estimates that the Ulez extension will produce £200 million in the first year. However, it’s anticipated that this will decrease over the coming years as more people move to cleaner cars to avoid the £12.50 fee.

Mr. Johnson, who is the mayor of London, announced intentions to enact the first zero emission zone in the world in the city in 2015. Since then, he has rejected Mr. Khan’s proposal to expand Ulez.

Following the mayor’s announcement that he would extend the zone to improve air quality, hundreds of thousands more motorists will be subject to a daily charge of £12.50 for accessing London’s roadways. The distance between Uxbridge and Upminster will now be more than 30 kilometres.

Five million Londoners will be able to breathe healthier air thanks to Mr. Khan’s decision to expand Ulez to cover the whole city starting on August 29th, 2019, despite it being “one of the hardest choices” he has ever had to make.

The program, which is available every day except Christmas Day, is only presently available in the region enclosed by the North and South Circular Roads.

The decision, which will cost ordinary commuters around £3,250 a year and comes as families are already dealing with skyrocketing groceries, electricity, and petrol costs, has drawn criticism from motorists.

“The Mayor has been clear that it was not an easy choice to extend the Ultra Low Emission Zone London-wide but an essential one to decrease the capital’s hazardous air pollution, fight the climate emergency, and cut congestion in our city,” a spokesperson for Mr. Khan said.

Around 4000 Londoners pass away before their time each year as a result of the city’s poisonous air, and infants are developing lungs that are stunted while adults are more likely to get heart disease, dementia, and other catastrophic ailments.

“The Mayor has listened to Londoners throughout this process and has requested TfL to investigate what further help may be offered to care workers who may not have compliant cars in London,” the statement reads.

The Mayor has urged TfL to investigate what they can do without damaging the advantages of the scheme’s improved air quality, despite the fact that this is not an easy task.

‘The Mayor is providing £110 million for a new scrappage scheme to help the Londoners who need it most amid the cost of living crisis, including low income and disabled Londoners, on top of the £61 million he provided for previous scrappage schemes, despite not receiving a penny in scrappage funding from the Government.

He keeps urging the government to fund London’s scrappage program so it may grow even more, as they have for other cities around the nation.