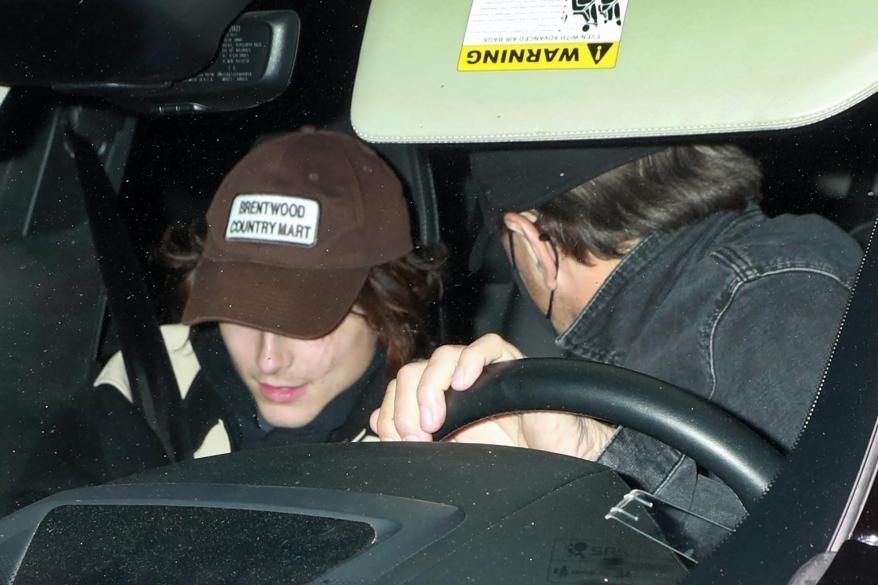 According to Page Six’s sources, Leonardo DiCaprio and Timothée Chalamet dined together at the hottest private club in Los Angeles on Wednesday night.

They were caught traveling to the Bird Streets Club in West Hollywood, with DiCaprio, 48, driving and Chalamet, 26, in the passenger seat.

In a recent interview with Vogue UK, Chalamet stated that DiCaprio has given him career advice over the years, including “No hard drugs and no superhero movies.”

Page Six was informed by insiders close to the stars that DiCaprio and Chalamet dined together inside the celebrity hangout prior to joining a bigger group of friends on the club’s rooftop.

DiCaprio was spotted leaving the same club the night before with Victoria Lamas, the 23-year-old daughter of Lorenzo Lamas, and entering a car. However, according to Page Six’s sources, the duo attended a “large group meal” together and “were joined by a lot of other people in the car.”