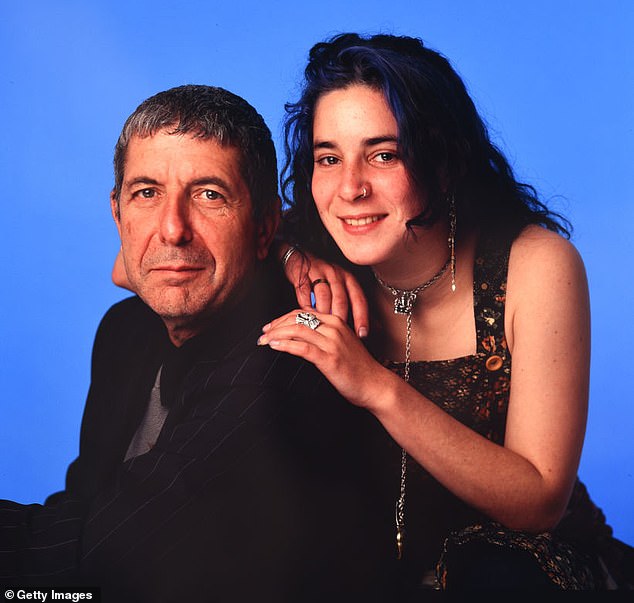 The children of singer Leonard Cohen have filed a lawsuit against the executor of their father’s $48 million estate, alleging that the man stole their father’s money more than ten years ago.

Robert Kory, 72, is the target of a lawsuit brought by Lorca Cohen, 48, and Adam Cohen, 50, who claim he fabricated paperwork in 2005 to seize the singer’s assets. The case was filed in the Los Angeles Superior Court more than a year ago.

The musician, who passed away in 2016, at the age of 82, is best known for his classic song “Hallelujah.” Over 250 diaries Leonard maintained since he was a child, together with poems, novels, hundreds of images, and millions of dollars in royalties, make up his more than $48 million collection.

According to attorney Adam Streisand, “Leonard Cohen’s attorneys and management fabricated his trust so they could take the Hall of Famer’s legacy from his own children and scam the estate of millions of dollars.”

Leonard made the error, according to Lorca and Adam, of appointing Kory to manage his affairs before he passed away.

According to Streisand, the singer left behind two distinct signed copies of his trust, one of which designated his assets for Lorca, Adam, and his former wife Anjani Thomas, according to the Post.

The court records said, “This one and only accurate version of the Trust appoints Adam, Lorca and Anjani Thomas.”

However, Streisand countered that once Leonard passed away, the trust that named his children was “swapped out.”

According to documents submitted to the court by Lorca and Adam, Leonard “came to recognize in his final days that he had made a significant blunder by enabling Kory to insert himself into Leonard’s affairs and gain control over practically every area of Leonard’s money and legacy.”

Additionally, Lorca and Adam required that Kory work his son Ryan Kory to manage the singer’s assets and archival materials, which included copies of his songs and tens of thousands of images.

Since then, Kory has profited financially from Leonard’s inheritance by writing a book about the singer called “A Ballet of Lepers” and staging the exhibition “Everybody Knows” at a Canadian art gallery.

Even though they are not in charge of their father’s fortune, Lorca and Adam still get $400,000 annually.

Reeve Chudd, the singer’s attorney, said in a letter that Leonard asked him to appoint Kory as executor of his estate.

Chudd said in a letter that is included in the court complaint that “Mr. Cohen asked me to change the successors trustee to Mr. Kory in 2016 without Mr. Kory’s authorization.” ‘ He was worried that his children wouldn’t get along well enough to cooperate on the artist’s estate’s complicated issues.

While Mr. Cohen didn’t want his children to know about the change in trusteeship succession, Mr. Kory persisted, and this was conveyed to Adam and Lorca during a meeting in September 2015.

According to The Post, Kory has denied wrongdoing and said that he correctly informed the singer’s children about his relationships, including the publication of Leonard’s book and the exhibit.

He insisted on sending monthly financial accounts to Adam and Lorca as well.

The musician released his last album, “You Want It Darker,” only three weeks before his death and regarded it as “one of his finest recordings.”

So Long Marianne, a song he wrote in 1967 about his Norwegian sweetheart Marianne Jensen, who passed away from cancer in August, became his first significant success.

Days before she passed away, Cohen sent her a shocking letter in which he stated: “I suppose I shall follow you very soon.” Please be aware that I am just behind you, and if you put out your hand, I believe you can grab mine.

He was a renowned poet and writer for 10 years before to becoming a musical sensation, but he eventually went to music to “pay the bills.”

He was inducted into both the American Rock & Roll Hall of Fame and the Canadian Music Hall of Fame throughout the course of his almost five-decade music career.