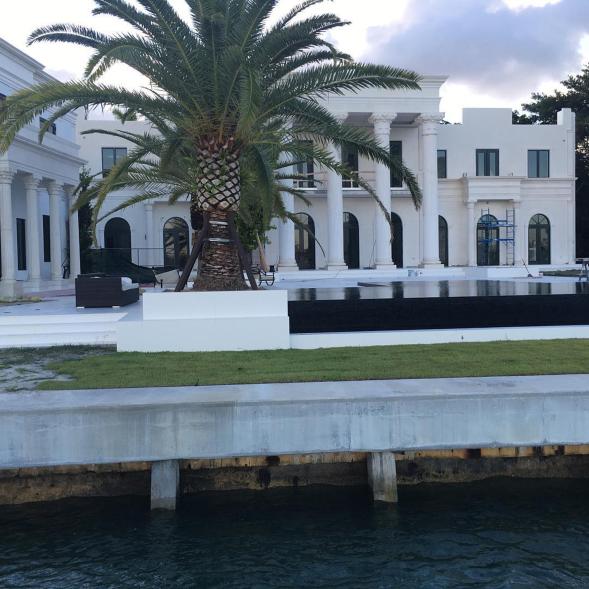 Despite Lisa Hochstein’s allegation on “Real Housewives of Miami,” Lenny and Lisa Hochstein do in fact have a mortgage on their Florida property.

In the midst of his nasty divorce fight with Lisa, the plastic surgeon took out a $4 million home equity loan on his Miami residence.

Page Six’s Friday acquisition of real estate records reveals Lenny took out a loan on September 14, 2022, months after he filed for divorce and months after the show was filmed.

It is unknown how much he has used thus far, but he has until 2052 to repay whatever he has spent.

A real estate specialist tells us, “You wouldn’t withdraw $4 million unless you truly needed it.”

Lenny had stated on “RHOM” that the property is worth $80 million, however according to papers, its assessed value as of 2021 is only $10.5 million.

Lisa’s co-star Larsa Pippen said the Hochsteins surreptitiously rented their house on the weekends for events and film, television, and music video productions to help fund their mortgage, which sparked a flurry of debates regarding whether the couple has a mortgage.

Lenny attempted to explain when Lisa recounted her fight with Larsa during an intimate dinner, but later criticized the reality star.

Lenny stated during a recent episode of the Peacock show, “She has no idea what a home equity line of credit is.” That is quite humiliating for her.

Lisa’s signature appears on the loan documents, which state that she is “not assuming personal accountability for payment of the debt” because she is not the borrower, as only Lenny’s name appears on the property’s deed.

It is unclear how Lisa intends to win the house in their nasty divorce, given that she is not a homeowner and their prenuptial agreement requires her to move out.

Lenny did not respond to Page Six’s request for comment immediately.