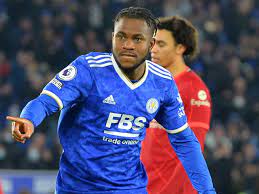 Goalscorer Ademola Lookman is eager for Leicester City to put Sunday’s late 2-1 reverse at Newcastle United behind them as quickly as possible ahead of Wednesday’s tie against Everton.

The on-loan forward applied the finish to a well-worked corner routine in the 19th minute to put the Foxes ahead at St. James’ Park, but a double from Bruno Guimaraes including a winner deep into added time – put a halt to City’s five-game unbeaten run in all competitions.

Following that last-gasp defeat in the North East, Lookman outlined the importance of a speedy response from Leicester.

He said; “It was definitely a sucker punch. The least we should come away with from that game is a draw. Obviously, they go on the counter and they score, so it’s a disappointing result. The game’s over now so we’ll just look forward to Wednesday and come back from that and hopefully get the win there.