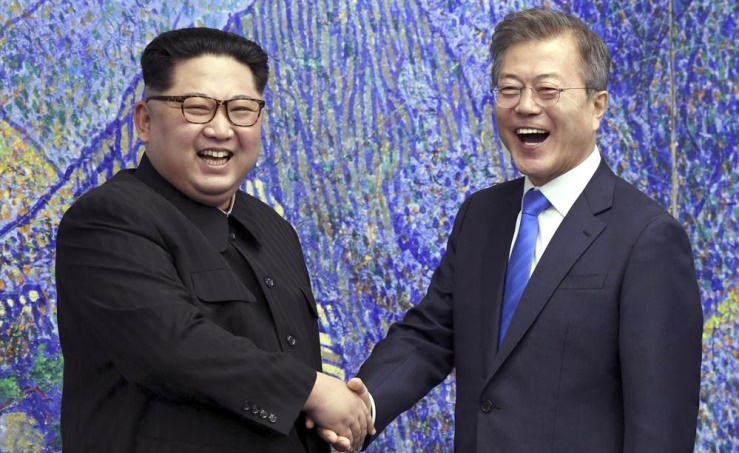 The leaders of the rival Koreas exchanged letters expressing hope for improved bilateral relations, which plummeted in the past three years amid a freeze in nuclear negotiations and North Korea’s accelerating weapons development.

Experts say North Korea’s announcement of the letters, which came as Kim possibly prepares for a nuclear test and other major provocations, is aimed at dividing public opinion in South Korea and discouraging Seoul’s new government from taking a hard line toward Pyongyang after its inauguration in May.

KCNA said Moon told Kim he would continue to campaign for Korean reunification even after he leaves office next month, basing his efforts on their joint declarations for peace issued after their summit meetings in 2018.

Kim and Moon shared views that “inter-Korean relations would improve and develop as desired and anticipated by the (Korean) nation if the (North and the South) make tireless efforts with hope,” KCNA said.