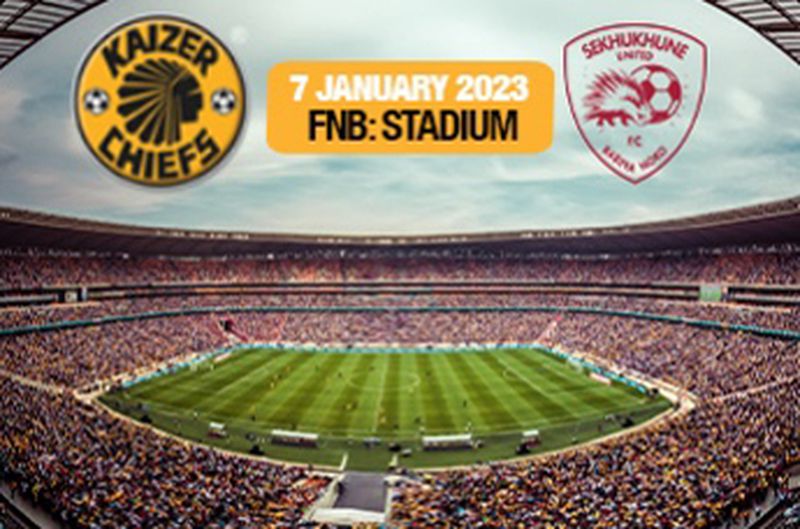 Remember to set your alarms for the late kickoff as Kaizer Chiefs and Sekhukhune United will play in the evening. So, when will Amakhosi be on the field?

This upcoming Saturday, January 7, 2022, Amakhosi will play Sekhukhune United at the FNB Stadium in Soweto.

The Glamour Boys will celebrate the club’s 53rd birthday with a match that begins later than normal.

Amakhosi will take the field against Sekhukhune United on Saturday evening.

Arthur Zwane and his team are seeking all three points versus United at home.

In addition, they need the victory to be in contention for CAF Champions League football next season. Amakhosi’s men are currently in fourth place with 24 points after 14 matches.

This weekend, a victory is important for Zwane and his team.

Especially if they want to keep Mamelodi Sundowns, the team’s leaders, staring over their shoulders.

Moreover, Zwane has not abandoned his pursuit of the PSL.

“There is still 16 games to play for but I’ll conquer with the Mamelodi Sundowns coach, coach Rulani who said the league has never been won in January,” he remarked on iDiskiTimes.