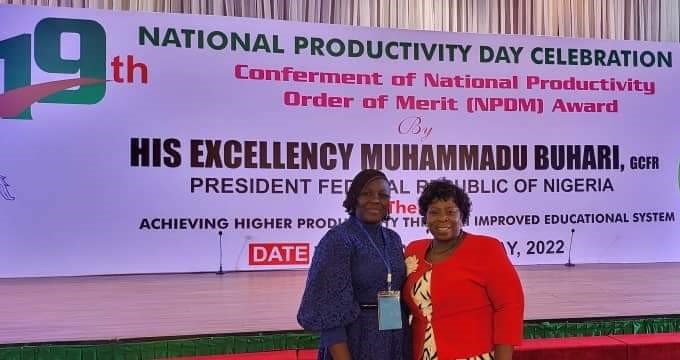 Speaking on Thursday during the presentation of the Award to the recipient, the Tutor-General/Permanent Secretary of the District, Mrs. Anike Adekanye, attributed the feat to the creative implementation of the T.H.E.M.E.S Agenda of the Governor Babajide Olusola Sanwo-Olu-led administration.

She averred that the Governor, through his disposition, has become a leader in education and technology advancement, human capital development, creativity, innovation and total development of all school children across the State.

Highlighting some major achievements under her leadership as the TG/PS in the last five years, Mrs. Adekanye disclosed that the District had produced three One-Day Governors and two One-Day Deputy Governors of Lagos State among other notable achievements during the period.

The Permanent Secretary/Tutor-General expressed her appreciation to the Governor of Lagos State, Mr. Babajide Olusola Sanwo-Olu; the Honourable Commissioner for Education, Mrs. Adefisayo Folasade and other key government stakeholders in the education sector for always doing the best for the development of education in Lagos State.

She also noted that Education District II is blessed with Teachers and Students that are always diligent and committed to doing their best to get excellent results in all their endeavours.