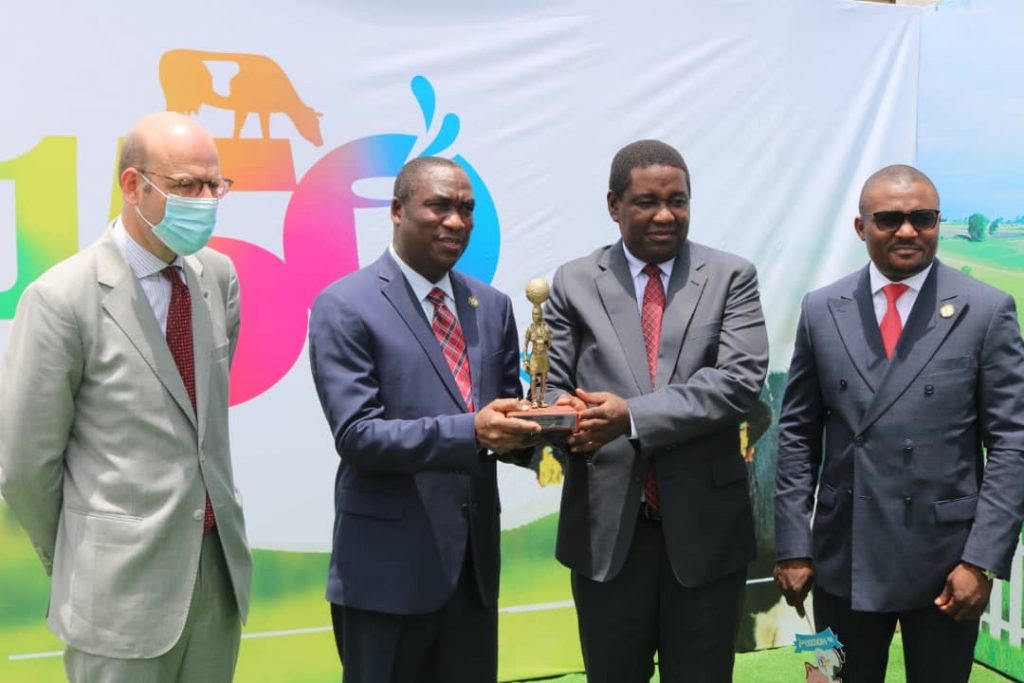 Determined to achieve food security in Lagos, the State Government has restated its commitment to increasing food production by 50% over the next four years, thereby creating new opportunities to feed itself and other States in Nigeria, as well as stimulating economic growth and prosperity through agriculture.

The Lagos State Deputy Governor, Dr. Kadri Obafemi Hamzat, who disclosed this today at an event organised to mark the 150th Cooperative Anniversary of Friesland Campina, added that the present administration’s effort will boost economic growth and prosperity in the agriculture sector.

Referring to the recent launch of the Agriculture Value Chains Enterprise Activation Programme, Hamzat said the launch is a clear reference to the expansion of government’s vision, which is driven by a “Farm to Table Model” and has so far empowered about 3,000 urban and rural farmers in key sectoral value chains in the process.

He said: “Under the leadership of Governor Babajide Sanwo-Olu, Lagos State, as the commercial nerve centre of Nigeria, has further renewed the vigour and vision to increase food production by, at least, 50 per cent by Y2025, thereby creating new opportunities to feed itself and Nigeria, as well stimulating economic growth and prosperity through agriculture”.

Speaking further, the Deputy Governor hoped that even after the tenure of the present administration, this vision will be carried along into the future by other administrations with more farmer recruitments.

Hamzat stated that as Lagos State celebrates this anniversary with Friesland Campina, Nigerian investors and business communities must remember that the onus of building a great brand, such as Friesland Campina, is essential to safeguard economic, cultural and historical traditions to strengthen our unity.

While congratulating the company on the milestone, the Deputy Governor thanked them for having faith in the nation’s economy despite the trying and challenging environment.

He said: “We want to use this opportunity to thank you for having faith in our nation’s economy. You did not quit on us despite the trying and challenging environment, rather you have remained committed to the Nigerian economy”.