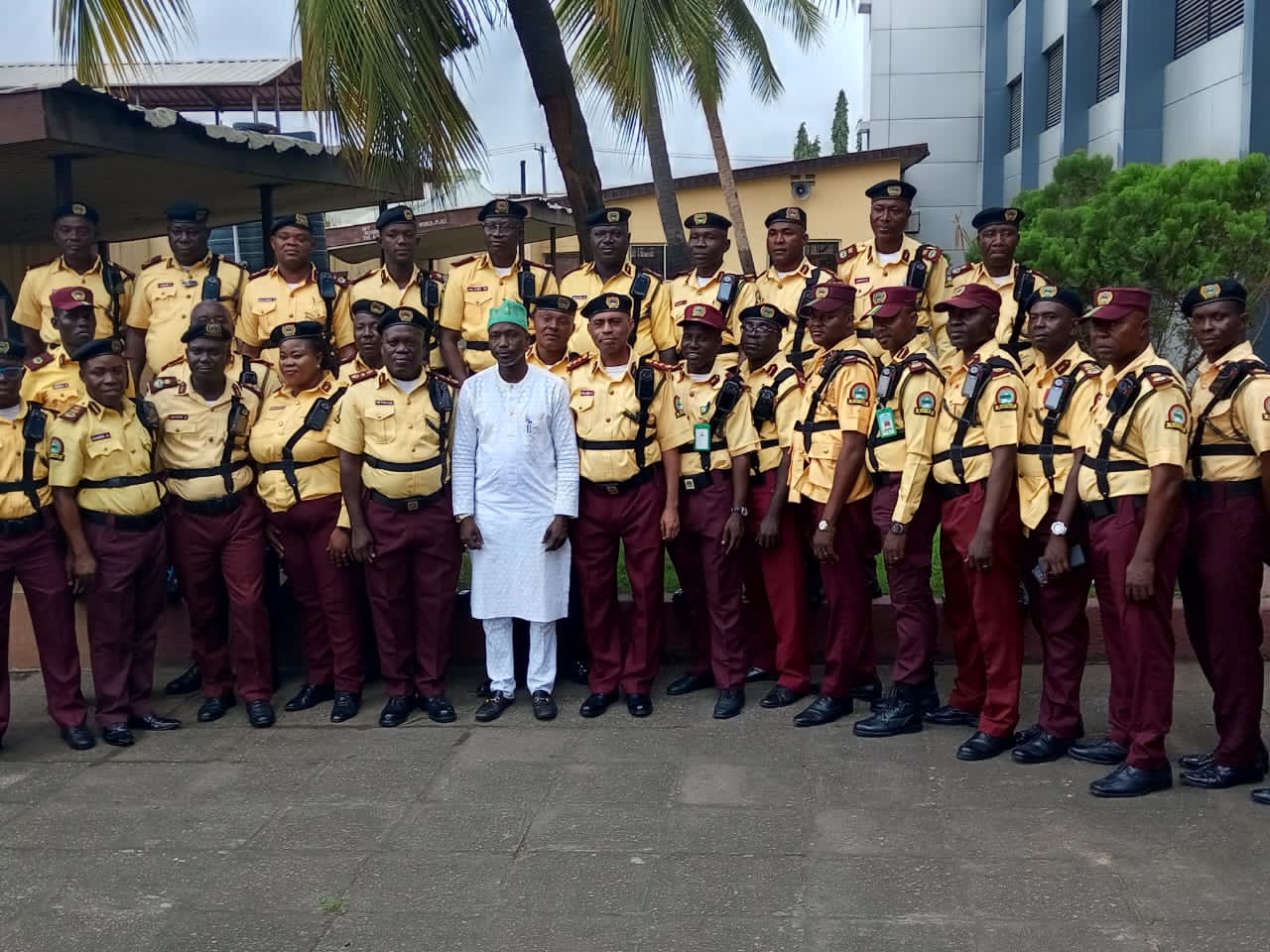 During the installation of the BodyCam at LASTMA Headquarters, the Special Adviser on Transportation, Mr. Sola Giwa, stood alongside the General Manager, Mr. Bolaji Oreagba, and members of the organisation.

In an attempt to increase transparency in traffic management and enforcement across the Lagos metropolitan, the Lagos State Government has given the staff of the Lagos Traffic Management Authority (LASTMA) additional body cameras.

The deployment, according to Mr. Sola Giwa, Special Adviser to the Governor on Transportation, is intended to increase credibility and confidence in the performance of effective traffic management and enforcement duties. He made this statement during the presentation of the devices at LASTMA Headquarters in Oshodi.

He said that among other things, the body camera is a project for precise traffic control, and that Governor Babajide Sanwo-Olu has spent heavily in the purchase of technical breakthroughs to meet the transport difficulties of the State.

Giwa expressed hope that the bodycam would verify accusations of traffic law violations and guaranteed that it would give visual proof to aid in the investigation of complaints made by irate drivers.

The Special Adviser praised the police for their reaffirmed dedication to ensuring that traffic management in the State keeps becoming significantly better.

Speaking about how the camera works, Mr. Bolaji Oreagba, General Manager of LASTMA, said that the Agency’s personnel have received training and are competent of using the device. He also said that the cameras will have a big impact on reckless driving.

He continued by saying that the bodycam idea is advantageous for both law enforcement officials and drivers since it would put to rest the frequent disputes over traffic law violations via thorough recordings.