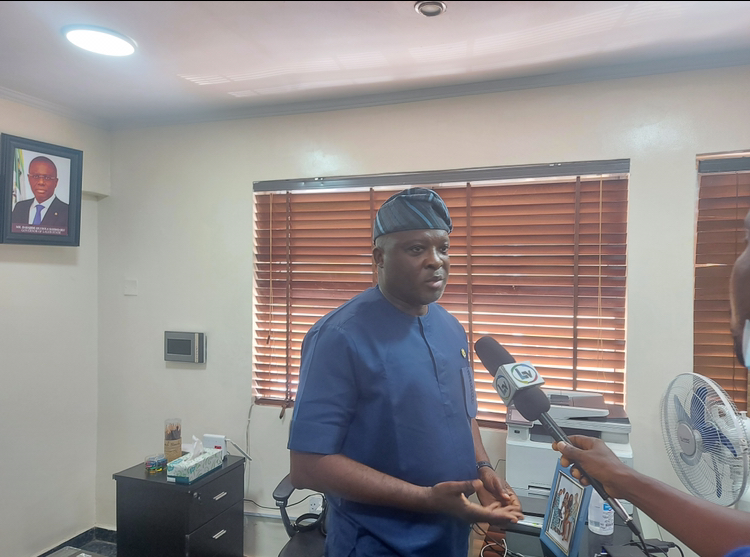 Aiyepeku, who disclosed this during a recent interview at his office in Yaba, said the Summer Camp is one of the platforms created by the Lagos State Sports Commission to ensure that children in Lagos State get the right foundation for an all-round growth and development.

“Children have creative and imaginative ideas and we need to guide them appropriately and help develop their potentials. From there, their minds would expand and when the mind expands, then they can absorb a lot of positive things. We, therefore, hope to create a foreseeable bright future for these future leaders”, he added.

He explained that the idea of creating a one-week conducive camp for the children is to ensure that what they learn will be fully absorbed and digested without distractions, adding that the favourable atmosphere of the camps will enable them to assimilate more of the knowledge acquired.

Aiyepeku said the participants at the ongoing Phase III of the Lagos Sports Summer Camp at the Teslim Balogun Stadium, Surulere, are being exposed to 60% of Sports which include Athletics, Basketball, Table Tennis, Volleyball, Judo, Swimming, Taekwondo, Chess, Scrabble, Monopoly and Ayo.

Noting that the remaining 40% is on Life Skills such as Hat Making, Make-up, Tie and Dye, Brick Laying and many other soft skills activities, the Chairman revealed that the participants were also entertained with specially packaged Movie Night, Pizza Night and Dancing Competitions, among others.

Recall that the Season II of the Lagos Sports Summer Camp was divided into three phases in line with the Senatorial Districts of the State, with Phase I being held at the Badagry Grammar School, from 15th to 21st August, 2021; Phase II at the Oriwu Model College, Ikorodu from 22nd to 28th August, while Phase III is ongoing at the Teslim Balogun Stadium, Surulere and scheduled to end on Saturday, 11th September, 2021.

All participants will receive Certificates of Participation at the end of the week-long Educative, Informative and Entertaining Lagos Sports Summer Camp.