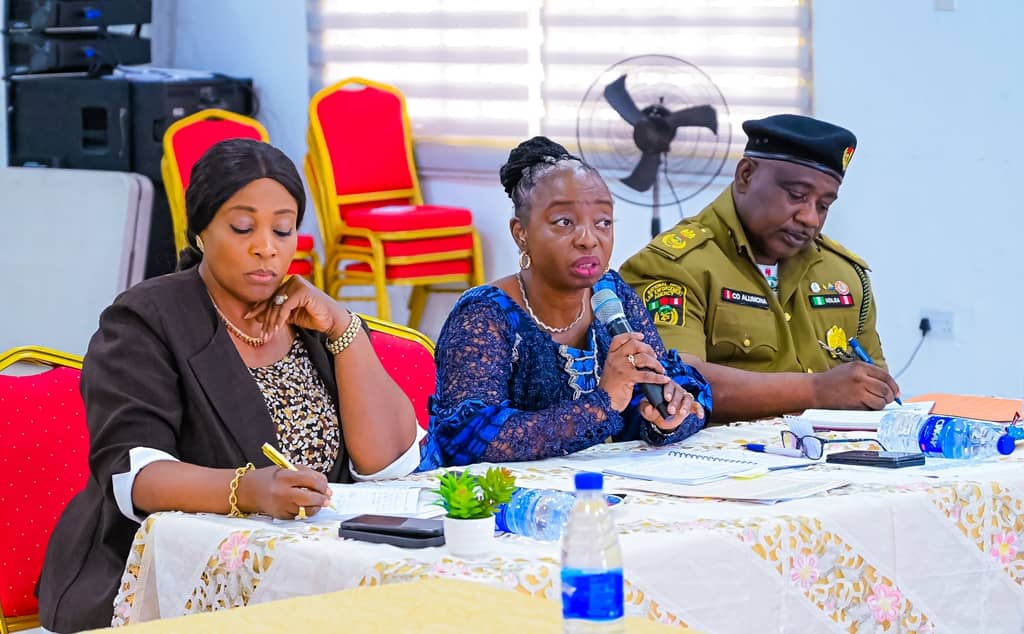 Lagos State First Lady, Dr. Ibijoke Sanwo-Olu, has pledged to work with the National Drug Law Enforcement Agency (NDLEA) and other critical stakeholders to reinvigorate the war against drug abuse, especially in schools and communities across the state.

The First Lady made the pledge on Wednesday at a strategic meeting held in Lagos House, Ikeja, with the NDLEA and other critical stakeholders, including the Wife of the Deputy Governor, Mrs. Oluremi Hamzat, senior officials of the Ministries of Education, Health, Youths and Social Development, wives of Local Government Chairmen, Police Officers Wives Association (POWA), School Principals, Market Women and the Medical Director of the Federal Neuro-Psychiatric Hospital, Yaba, Dr. Gbenga Owoeye.

According to her, drug addiction, especially among the youths, has become a worrisome menace in society that no one could longer pretend about its existence.

In her words: “The earlier we begin to tackle the daunting challenge, the better for our youths, ourselves and the social health of our society. This strategic meeting is aimed at putting the menace of drug abuse and associated social vices on the front burner”.

“We are truly and deeply concerned about the increase in the rate at which the younger ones are now getting addicted to illicit drugs, a development that brought about the need for all relevant stakeholders to embark on a campaign to fight the menace and enlighten victims on the dangers inherent in such lifestyle both now and in the future”, the First Lady said.

Maintaining that the time was ripe for real action to tackle the war against drug abuse and not just mere rhetoric, Dr. Sanwo-Olu disclosed that a series of initiatives would be unveiled in the coming weeks to advance the fight against the menace in schools and in communities across the State.

She said: “At the level of the Nigerian Governors’ Wives Forum (NGWF), we are all concerned about this and we have resolved in our respective States to frontally confront the menace, looking at it from a holistic point of view”.

“We have to be proactive and connect with the schools, the religious bodies, community leaders and associations and others to cascade the message to all segments and sectors of the State”, Mrs. Sanwo-Olu asserted.

On his part, Commander of the NDLEA, Lagos State Command, Barr. Callys Alumona, commended the First Lady for convening the meeting of relevant stakeholders to advance the War Against Drug Abuse (WADA), noting that something urgent must be done to prevent Lagos from becoming a gateway for illicit and dangerous drugs, both within and outside Nigeria.

He also urged the First Lady to organise a training workshop for women in government who are mothers themselves, as well as political and social leaders, to enable them to have a better understanding of the consequences of drug abuse and the signs to note when a child is engaging in drug abuse or illicit dealing in drugs.