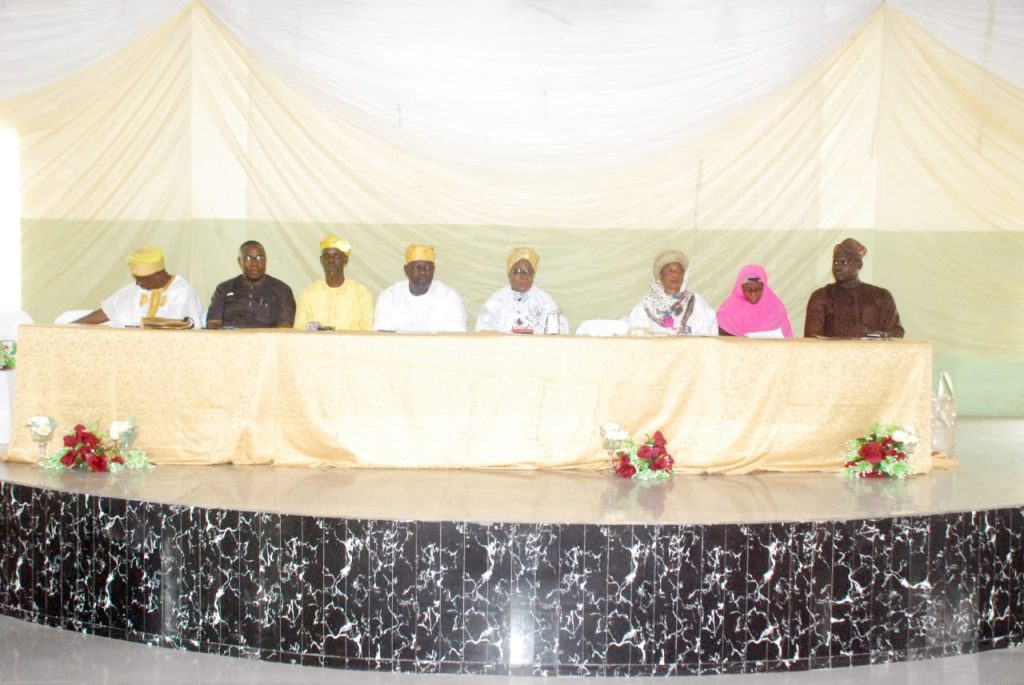 The Lagos State Education District IV has held its 17th Annual Ramadan Lecture with the theme: “Ramadan: Huge Blessings for Humanity”, at Sanya Senior Grammar School, Surulere.Speaking at the event, the Tutor-General/Permanent Secretary, Education District IV, Mr. Sunday Agboade Jokotola, thanked the Almighty Allah for his grace over everyone, noting that the lecture is the first held physically since the COVID-19 pandemic in the State.

He appreciated the Lagos State Government under the leadership of Governor Babajide Sanwo-Olu for the approval and sponsorship of the programme, the Commissioner for Education, Mrs. Folasade Adefisayo for her motherly support and love for the District as well as the Education Family.

Jokotola described Ramadan as a period of not only self-denial of food as a religious injunction, but also a season to emulate the Holy Prophet Muhammad’s (S.A.W) exemplary life of holiness, selflessness and giving intercession for others.He said the occurrence of Ramadan and Christian Lent within the same period is not a mere coincidence but symbolically and consequential to the world, particularly Nigeria, judging by events happening around us.

The Tutor-General/Permanent Secretary, therefore, encouraged everyone to take advantage of the blessings in this holy month to pray for God’s mercy, just as he enjoined the students to emulate the teaching of the Prophets as stipulated in the Holy Book by staying away from things that can ruin their future while aspiring to be great scholars and achievers.

The first Guest Lecturer, Dr. Engr. (Mrs.) Khadijat Abdulsalam from the Faculty of Engineering, University of Lagos (UNILAG), described fasting as a taste-influential course, that includes being generous, patient, embracing Al-Quran recitation, self-restraint, self-control and being able to distance oneself from immoral behaviour.

Dr. Abdulsalam advised the students to make good use of their youth by being useful to themselves and their generation, stressing that fasting is also beneficial to health.The second Speaker, Dr. Sidiq Uthman from the Lagos State University, Ojo, who spoke on “Islam and Politics”, stated that Politics is a position of truth and uniformity, maintaining that the foundation of any post should be built on Taqwa (the fear of Allah) and Ibada (ability to do good).

Dr. Uthman, therefore, appealed to Nigerians to be good and transparent in any position they found themselves and ensure equality among the people around them. He urged the citizens to learn to embrace one another and see themselves as a single creature.