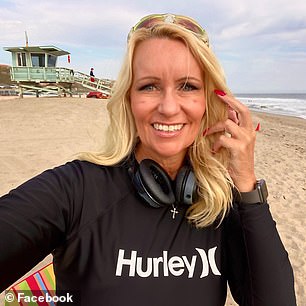 Drivers of electric automobiles in Los Angeles were forewarned by a conservative commentator that the charging facilities for their $60,000 vehicles are strewn with homeless camps.

On Wednesday, Alexandra Datig posted a video of herself traveling through downtown Los Angeles, passing by a Blink EV charging station that was surrounded by trash and tents.

It’s better to have a charging station at home for that $60,000 EV when you live in Los Angeles, Datig said on Twitter. The charging stations feature homeless “attendants” who dwell on the same sidewalk as the chargers, and this is truer the closer you come to downtown.

More than 69,000 homeless people are still living in the city, and two weeks after newly-elected Mayor Karen Bass announced a state of emergency, the vagrancy epidemic in LA still exists.

According to PlugShare.com, there have already been 4,296 public charging stations constructed across the city as a result of the increase.

After the state decided to limit the sale of new gas automobiles by 2035, signaling its commitment to electric vehicles, many more are anticipated to pop up.

To meet the first quota of the plan that calls for 35 percent of new cars, SUVs, and compact pickups sold in California to be zero-emission vehicles by 2026, automakers must now limit the amount of gas-guzzlers they sell.

However, the persistent homelessness crisis in LA that is hurting the public charging outlets could compromise the job.

Dating remarked, “the human agony is insurmountable around here” as thousands live on the city’s streets, taking a dig at the condition of the streets next to the pricy stations.

Less than 24 hours into her office, Mayor Bass vowed to combat the city’s rife vagrancy with plans to construct 3,000 new homes, rent out hotel rooms and apartments, as well as provide housing vouchers paid for by tax dollars.

On December 12, Bass signed the emergency declaration in a space known as the “United Homelessness Response Center” within the city’s Emergency Operations Center.

“We must construct housing more quickly, and we will. Shelter and services must be coordinated, and we will, Bass said. I refuse to accept a situation of homelessness that affects all of us and affects more than 40,000 people.

While the City Council will need to approve it every 30 days, the declaration, which is expected to last six months, authorizes Bass to take more forceful executive actions to address the situation.

According to the Los Angeles Homeless Services Authority, there were 69,144 homeless people living in LA as of December 2022.

As the present shelters are full every night, the city believes that more than half are sleeping on the streets.

Along with a rising crime rate and the similar economic problems the rest of the country is currently experiencing, the city’s homeless population has increased.

Law enforcement reports that there have been 8,913 robberies in Los Angeles so far in 2022, which is 7% higher than there were in the previous year.