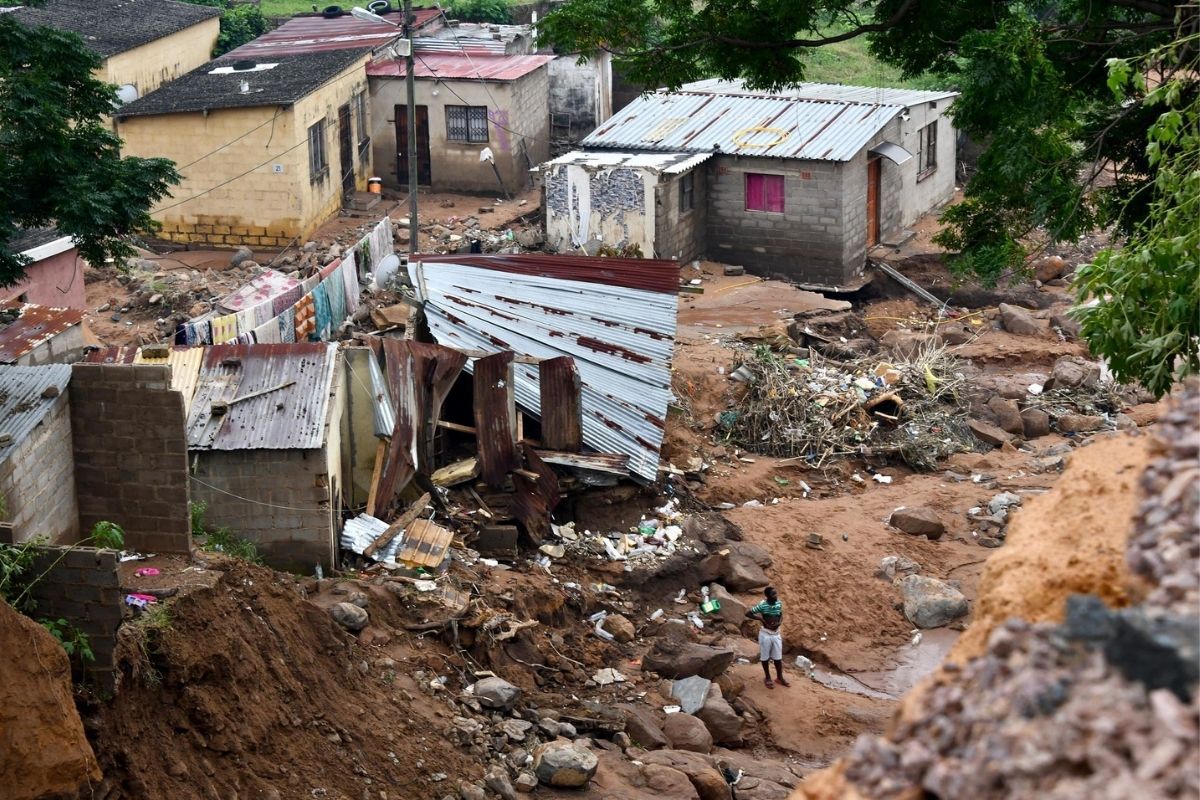 The relief grant for KZN flood victims was upped from R700 to R1,980. This figure is only for disaster cases where all belongings have been lost. If there was a death, the amount will be doubled.

The torrential rains and subsequent flooding in KwaZulu-Natal has resulted in the loss of life of nearly 400 people. Thousands more have lost their belongings and places of residence. Many have sought shelter in community halls.

The KZN government has also set an account up for donations towards disaster relief in the province, reports eNCA.

The South African Social Security Agency (SASSA) has increased its food and school supplies vouchers for indigent families in KwaZulu-Natal from R700 to R1200.

SASSA announced its plans to aid those affected by the floods on Tuesday. These vouchers will enable families to buy food and school supplies only.

On Tuesday, SASSA KZN spokesperson, Sandy Godlwana said from the list obtained from the Disaster Management teams, SASSA will ensure that food vouchers are provided to identified individuals. School Uniforms will also be provided to learners who lost their belongings as a result of the disaster.

With many areas in KZN feeling the effects of the heavy downpours, the South African Social Security Agency (SASSA) is stepping in. Sassa announced its intervention plan to aid indigent residents who have been impacted by the devastating floods in KZN.

KZN Spokesperson for SASSA Sandy Godlwana shared that a number of houses had been submerged in water. Thus leaving a number of families seeking accommodation in community halls.

“In response to this, SASSA in KZN has activated its intervention mechanisms to assist affected families to have access to means of survival through the Social Relief of Distress (SRD) programme, which is an immediate response to a crisis in respect of an individual, a family or a community in the case of a disaster,” said Godlwana. Read the full story here.