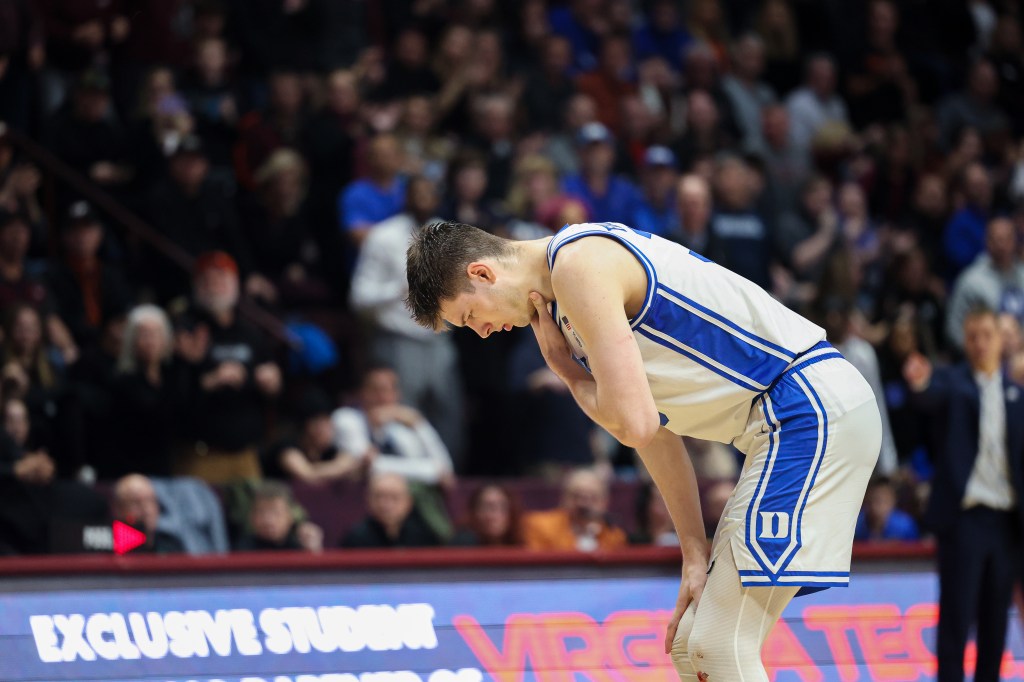 The final 15 seconds of Monday night’s collegiate basketball game between Duke and Virginia Tech featured everything: a game-winning shot, a throat punch, a no-call, and vomit.

Hokies guard MJ Collins grabbed a pass near the right baseline, dribbled into the post, and sank a short jumper to give Virginia Tech a 77-75 lead with less than 20 seconds remaining. He then cocked his hand back to celebrate, but in doing so, he wound up striking Kyle Filipowski, a talented freshman for Duke, directly in the throat.

Filipowski fell to the ground, and immediately upon contact, Collins withdrew his fist to indicate that it was an accident. After reviewing the play, the officials did not call a flagrant foul or any foul at all.

A flagrant foul would have given Filipowski the opportunity to tie the game with two free shots.

As the squad returned to the bench, cameras captured Filipowski bent over in his seat, still visibly rattled from the collision. Apparently, the 19-year-old even threw up in the group.

Filipowski told reporters after the game, “Yeah, he just elbowed me right in the Adam’s apple.” “I was unable to breathe for a minute, but after vomiting I was fine.”

Jon Scheyer, head coach of Duke University, stated, “He was violently vomiting, but he wasn’t out for a second.” He is a formidable warrior, man.

After Virginia Tech split a pair of free throws, Duke’s Tyrese Proctor missed a game-winning 3-pointer on the subsequent play, and the Blue Devils turned the ball over on their final possession.

Virginia Tech held on for a 78-75 victory, sending Duke its fourth loss in five attempts on the road. Three of the next five games for the Blue Devils are on the road, including games against two top-20 opponents in Virginia and Miami.