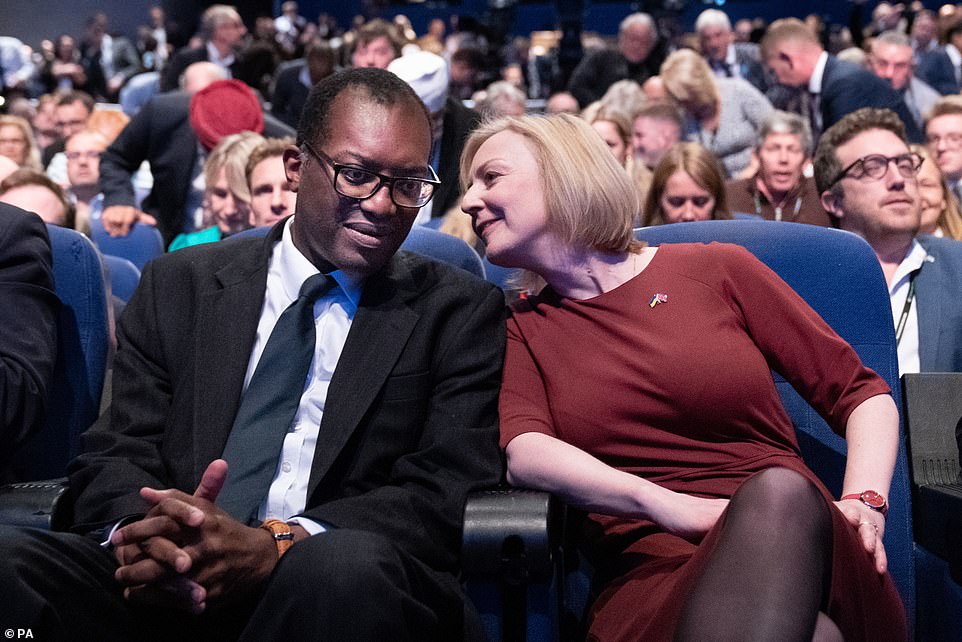 Last night, Kwasi Kwarteng disclosed that he cautioned Liz Truss against going too far and too quickly with her tax-cutting goal.

The former chancellor stated that he advised the then-prime minister that it was “crazy” to fire him days before she herself left No. 10.

In his first interview since being fired last month, Mr. Kwarteng lauded Rishi Sunak as a “very credible” prime minister, but cautioned him about anticipated tax increases in the Autumn Statement next week.

I believe the strategic objective was correct. But I believe we should have taken a somewhat more measured approach.

Liz Truss fired Kwasi Kwarteng as chancellor days before she was forced to quit.

Mr. Kwarteng acknowledged that the couple attempted to do “too much, too quickly” on their disputed mini-budget.

Her motivation was 100 percent correct, but I believe we needed a more effective strategy to accomplish what she desired. He lauded Miss Truss’s ‘dynamism’ and eagerness to ‘strike the ground running,’ but said that his concerns that the government required a more’measured approach’ were disregarded.

After his catastrophic September mini-Budget, Mr. Kwarteng told Ms. Truss that she needed to “slow down” future reforms, but she persisted on continuing because she had only “two years” left to push them through.

Mr. Kwarteng, a friend of Ms. Truss, stated that he learnt of his dismissal via Twitter. He continued: ‘I arrived at Downing Street. I accessed the Cabinet Room.

“The Prime Minister appeared disturbed and emotional.” I stated, “You have two months if you continue in this manner.”

He encouraged Mr. Sunak and his Chancellor, Jeremy Hunt, to refrain from blaming him and Ms. Truss for the current economic crisis. He asserted, “Liz Truss’s 44 days in office were not responsible for the national debt.”