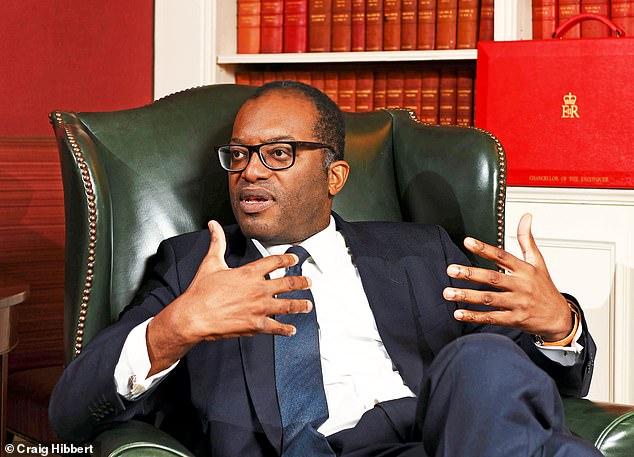 The Treasury has defended Kwasi Kwarteng’s choice to go to a gathering held by the head of a hedge firm while traders devalued the pound.

According to information obtained by The Mail on Sunday, Mr. Kwarteng attended a reception hosted by Tory HQ at the West London house of Andrew Law, the chairman of Caxton Associates, on the evening of September 23, many hours after delivering his mini-Budget.

Although the corporation has in the past ‘bet’ on currencies, it is unknown whether it traded on the value of the pound last week.

It is perfectly common for the Chancellor to communicate with companies following a fiscal event, according to a source close to Mr. Kwarteng.

According to the source, Mr. Kwarteng “spoke to key players in the business world, notably the financial services industry, to go through what the proposals entail for employment, growth, and investment in the UK.” ‘Whitehall sources’ have criticized Mr. Kwarteng for ‘not properly interacting’ with the City after the mini-Budget.

Last week, it was revealed that Mr. Kwarteng had a private lunch with an ex-boss who has been betting against the weakening pound and reaping enormous profits. During the July 2017 Tory leadership election, hedge fund manager Crispin Odey is said to have prepared a “informal supper” for Kwarteng at his house.

Who would take the reins as leader was unknown when he arrived for lunch, according to Mr. Odey.

Mr. Law was unavailable at the time of publishing for comment.