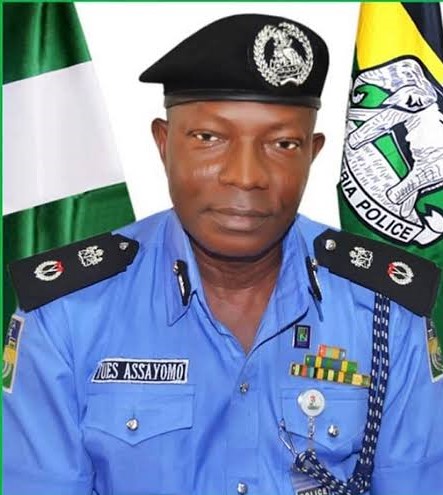 The Kwara State Police Command North-Central Nigeria has warned against political campaigns and hailing of political gladiators at praying arenas in the state during the Eid-al-Fitr celebrations holding on Monday.

The command in a statement by the spokesperson, SP Okasanmi Ajayi in Ilorin said, shouting of party slogans would also not be allowed at praying arenas as part of the measures put in place for a peaceful festival.

The command further informed that vehicles, tricycles and motorbikes are expected to be packed at designated parking lots within the Eid-al-Fitr praying arenas.

The spokesperson assured Muslim faithful and members of the general public that  officers and men of the police command are highly motivated and fully charged to ensure that, the Eid-al-Fitri celebrations, which marks the successful end of the Ramadan fasting in Kwara State is celebrated without any hitch.

“To this end, the Command has emplaced a water tight security strategy across the length and breadth of Kwara State.

“Consequently, the eight Area commands, officers and men attached to all the Divisional Police Headquarters, Heads of Tactical Units, Command’s special forces, including Force Animal Department, Mounted troop, Dog section and Explosive Ordinance Department (EOD0, have all been briefed and reminded of their professional responsibilities of ensuring a smooth and hitch -free Eid-fitr celebrations,” he added.

Meanwhile, the Commissioner of Police in the Command, Tuesday Assayomo has congratulated Muslim faithful on the successful conclusion of this year’s Ramadan fasting.